How To Get Your Community To Divest From Fossil Fuels

If you want to go a step beyond trying to live sustainably as an individual, one of the most empowering and important (and surprisingly fun) things that you can do is get involved in is campaigning for action at a local level.

This may seem kind of counterintuitive since climate change is a BIG problem and policies about all the really big things are determined at higher levels of government, but hear me out.

First, although campaigning at a federal or state level might potentially have bigger payoffs, the successes are likely to be rarer and it can sometimes feel like you're banging your head against a brick wall.

Politicians in the major parties are to some extent tied to their party line as well as being under pressure from many conflicting interests. The political process is so complex and impersonal that it can take a long time and efforts by many people and groups in order to create change.

Local governments or councils, in contrast, are smaller and simpler in structure and capable of making decisions in a far shorter timeframe than higher tiers of government.

Also, their representatives are often approachable, genuinely open to ideas put to them by locals and unconstrained by party policies and therefore able to make more independent decisions.

Second, in some countries, like the US and Australia, climate action at the federal level is frustratingly slow - and may even go backwards if Trump keeps even half of his election promises. But pressure from the bottom up, on both industry and government, can force big changes at a national level. 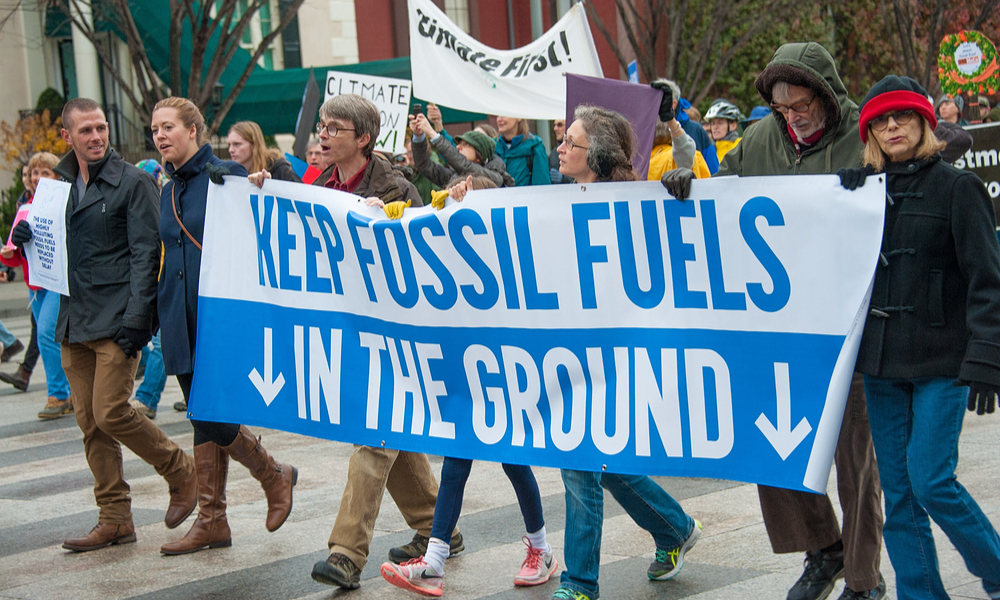 This is not to say that activism at the higher levels of government is not important; it is vital. But I believe that smaller scale campaigning is equally valuable in tackling this large scale problem, especially at this point in time.

Arguably the best way of applying pressure from the ground up, and the most powerful thing that an individual can do right now, is to get involved with, or initiate, a divestment campaign. This means asking your local government to divest from fossil fuels.

Local governing bodies all over the world are making the decision to divest: to remove their money from institutions that fund the fossil fuel industry and talking publicly about their decision to do so. Sometimes councils are taking the initiative themselves, but more often than not it's a small group of dedicated community members that persuade them to do it.

The aim of divestment is to reduce funds available for the fossil fuel industry, but perhaps more importantly it is a symbolic statement, a clear message to banks and governments that fossil fuel companies no longer have social licence.

It's an appealing concept. A council (or any other organisation for that matter) has nothing to lose by divesting: it costs them nothing, there is negligible, or no, financial risk involved with switching banks and they may even get a better rate of return for their money. Yet their action, together with many others, adds up to a potent statement to banks, to industry and to the higher tiers of government.

Let's take Australia as an example. The nation has around 560 local councils. To date 28 – or nearly five per cent - of them have divested over $6.8 billion. Another way of looking at it is that 2.4 million people live in a municipality that has divested. That means one in ten Australians are covered by a divestment motion!

According to Isaac Astill, Divestment Campaigner with 350.org, many more councils would be willing to divest if the idea were put to them:

""Councils are on the front line of climate impacts...That's why most councils can be persuaded to divest. It helps that it stacks up financially as well. In fact, the only reason not to divest is if the council is in denial about climate change." ​

Just think of the impact if just a handful of residents in each municipality across Australia started a divestment campaign and if most of these were successful!

Then scale this up and imagine this taking place all over the world in councils, in churches, in education institutions, in businesses and other organisations – which, bit by bit, it is.

The message would be so loud that it could not be ignored.

Inspired by this potential, I got involved in a campaign in my small municipality with a population of about 30,000. There are only three of us involved in this campaign, all of us relatively inexperienced at this kind of thing.

We are making progress and are hopeful of success, and it is nothing short of exhilarating to think that the three of us could influence the actions of a council representing a population of 30,000 people and millions of dollars.

In other words, if our campaign is successful, each of the three of us will have amplified our individual voices for climate action 10,000-fold!

Of course in larger municipalities, your impact can be far, far bigger than this.

In a brilliant TED talk, Ella Lagé, who was involved in a successful divestment campaign in Berlin, talks about how ten people influenced the actions of a council representing a population of four million, convincing it to divest. If you only click on one link in this blog post, please make it this one; she's an amazingly inspiring woman and will probably make you immediately want to jump head first into a divestment campaign.

If you do want to get involved and are wondering about the intricacies of what campaigners actually do to get a council to take action, you can find out how the Sydney group persuaded the City of Sydney to divest here, or I can speak to you about our approach if you contact me through Australian Parents for Climate Action Facebook group.

To learn more about how you can become an activist check out our "getting started" guide, then learn to to effectively get your point across, and finally, read about inspirational women out there making a difference.

Eve White lives in southern Tasmania. She is a full time mum and part time freelance editor with a professional background in ecology. Banner image: Shutterstock