Nature is good for us – surely nobody has missed that fact. These days, both scientists and policymakers agree about the importance of offering everyone access to green spaces, regardless of social background. That's because easy access to nature encourages physical activity, which in turn has positive health effects. For instance, English populations with the most green space in their surroundings also have the lowest levels of mortality. The simple fact is that people tend to be healthier and live longer when they have easy access to nature.

Accessible green space is also good for our psychological well-being. For example, large-scale surveys in the Netherlands and UK have shown that individuals living in urban areas with more green space have lower rates of mental health distress and are more satisfied with life than those living in areas with less green space. Other studies show that exposure to natural environments reduces negative emotions – including anger, anxiety and sadness. Even just viewing images of nature or looking at natural environments from a window can reduce stress, enhance recovery from illness and improve mood.

My colleagues and I wanted to know whether the positive effects of nature might extend to other aspects of psychological well-being. In particular, we were interested in body image, which has a significant impact on mental health in all age groups. To examine this, we asked an online sample of almost 400 adults in the US to complete a measure of their exposure to nature in everyday life and activities. 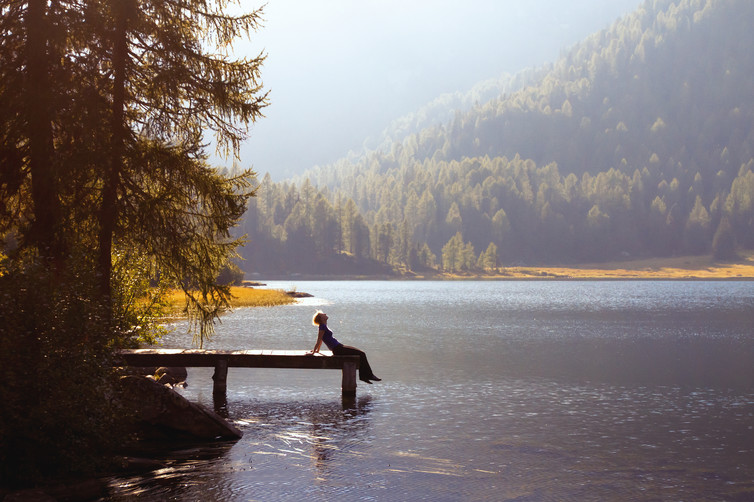 They also completed measures of self-esteem and "body appreciation". The latter reveals the extent to which people hold favourable opinions about their bodies, accept and respect their bodies, and reject unrealistic beauty standards. In our study, published in the journal Body Image, we found that both women and men who reported greater exposure to nature also reported more positive body appreciation.

To explain this finding, we suggested that exposure to the natural world is "restoring". In fact, previous studies have shown that exposure to nature increases positive self-evaluations including self-esteem and helps people recover emotionally from the stresses of everyday life. In turn, these effects seem to promote more positive body image.

That's not all, though. Access to green spaces also facilitates social interactions and gives rise to stronger neighbourhood ties, which in turn provide direct benefits for mental health. In our study, we found that direct exposure to nature may also heighten the extent to which individuals feel at one with, or connected to, nature. This was in turn associated with more positive body image. The same positive association between connectedness to nature and body appreciation has previously been found in British women.

Feeling and being part of a larger ecosystem requiring concern and protection is an issue that is bigger than our waistlines or the latest fashion. In other words, a sense of connectedness to nature may shift our attention away from narrow self-interest oand nto more rounded aspects of well-being, such as living a fulfilled life.

It may also help us to focus on the functionality of our bodies – what our bodies can do, rather than what they look like. By helping some individuals to identify commonalities between themselves and wider ecosystems, greater connectedness to nature may also result in critical appraisals of unrealistic stereotypes and ideals of appearance.

Of course, our findings are preliminary and limited by a number of issues, including the fact that all our data were self-reported and cross-sectional. Even so, our work fits with a broader body of work demonstrating that both exposure to nature and connectedness with it are associated with improved mental health.

If research continues to support these findings, particularly in different cultural and national groups, it may help us to develop new ways for promoting positive body image. For example, psychologists working with patients who struggle with poor body image may want to encourage them to go on nature walks or hiking excursions. More generally, our work highlights the importance of providing everyone with opportunities to play and engage in green spaces, and for legal commitments to halt the decline in natural environments.

Read this next: 5 Lessons On "Enough" Learned From Minimalism