Katie Noonan is no stranger to the limelight. As an award-winning musician, her intricate music and soaring vocals have captured the hearts and minds of adoring fans across Australia. In between constant touring and her appointment as Artistic Director of the Queensland Music Festival, you might think Katie has little time for anything else – let alone campaigning for the environment. But if you look closely behind the piano at one of her shows, you might notice a reusable water bottle on stage. It's a small action to take on a personal level, but it's a symbol of how the Australian music industry is changing its tune to green the music scene in a big way.

"I believe musicians have a responsibility to inspire, educate and provoke discussion on the orders of the day," says Katie Noonan. "There is no doubt that we, as a people, have to change our ways in order to protect our beautiful planet. The music industry is an industry with a hefty carbon footprint, so it is good to think of ways to counteract that," says Katie.

It is this belief that led to Katie becoming an ambassador for 1 Million Women and a board member of Green Music Australia, a not-for-profit organisation which aims to harness the cultural power of music and musicians to practically lead the way to a greener world. Its supporters include a veritable who's who of the Australian music industry including Missy Higgins, Paul Kelly, Gotye, David Bridie, The Medics and Holly Throsby.

While protest songs have long been an integral part of music history and prominent Australian musicians have used the stage to draw a line in the sand on environmental issues, the music industry itself has its own environmental impacts to manage particularly when it comes to waste, energy and investment.

Founder of Green Music Australia Tim Hollo is an environmentalist and musician who has performed at venues and festivals across Australia and around the world with the FourPlay String Quartet. He was Communications Director for Greens Leader Christine Milne, sits on the board of Greenpeace Australia Pacific and has also worked for climate change organisation 350.org.

"What I really wanted to try to do was to help the music industry practically to reduce its own environmental impact, but to use that process of change to attempt to mobilise a very deep social change," says Tim. "Because musicians are very powerful cultural influences and if we can bring our audiences along with us on the journey of greening up our own act, that can be a tremendously powerful and influential thing to do."

"You become a musician because you're driven to it, because the music is in you and you want to express it," says Tim. "You're not asking to be an influential person; it's one of those things which is thrust upon us. But yes, I do believe we have a responsibility. We have to acknowledge that our behaviour whatever we do is influential," says Tim.

One of Green Music Australia's key campaigns is the #BYOBottle campaign. The concept behind it is simple – music fans are asked to bring their own reusable water bottle to music events where water refills are available instead of buying single use plastic water bottles. Musicians can also become #BYOBottle artist ambassadors and request a 'green drinks rider' so that water jugs and water refills stations are provided to their bands backstage instead of disposable plastic water bottles.

Katie Noonan says that if the Australian music industry could take a collective stand on one environmental issue it would be to ban plastic water bottles. "This is my absolute pet hate – it is so, so wasteful and unnecessary. Humans survived for millennia without plastic water bottles – it is just a stupid capitalist concept that causes enormous damage," she says.

A growing number of music festivals are on board with Green Music Australia's #BYOBottle campaign including Caloundra Music Festival who set out to be the first festival in Australia to ban disposable bottled water. This festival attracts 30,000 people each year and has to date stopped an estimated 60,000 disposable bottles from being used once and thrown away.

Big name festivals like Woodford Folk Festival and WOMADelaide have also been at the forefront of environmental sustainability for many years particularly in relation to waste, recycling and native tree planting. Many other community driven music festivals are following suit and implementing their own innovative practices.

"The Caloundra Music Festival's total ban on plastic water bottles was pretty rad," says Katie Noonan. "Woodford have always been pretty awesome too – with water refill stations and reusable cups and glasses backstage. I am also very happy to say that the Queensland Government has committed to no single use plastic bags as of 2018 which is fantastic. In my new role as Queensland Music Festival Artistic Director we are working really hard to incorporate new practises that minimise our waste, site power and travel impact." 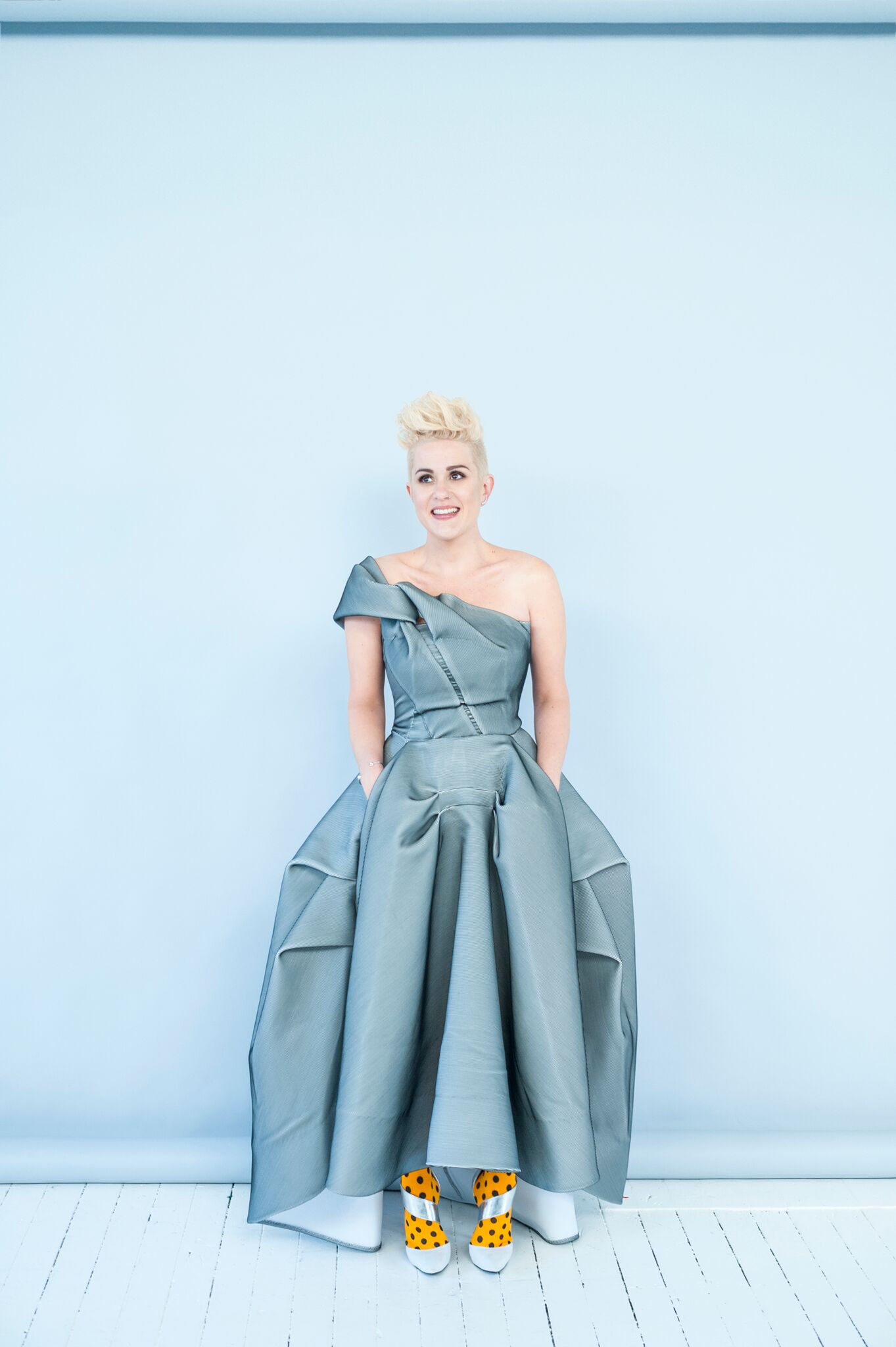 Some parts of the Australian music industry are taking action on the environment and climate change by removing money from banks and superannuation funds that are funding the expansion of fossil fuels. APRA AMCOS which has over 87,000 songwriter, composer and music publisher members has started divesting its funds from institutions that support fossil fuels. "They have already divested 25% of their holdings, which is massive as they're the largest music industry organisation in the Southern Hemisphere," says Tim Hollo.

As part of the Amplify Divestment campaign, a long and impressive list of Australian artists including Missy Higgins, Ash Grunwald, John Butler and Nattali Rize from Blue King Brown have also committed to removing their money from banks that continue to invest in fossil fuel industries.

With the summer festival season in full swing, Tim Hollo from Green Music Australia says they are asking artists and music fans to sign an open letter asking some of Australia's biggest festivals to adopt environmentally sustainable practices. And if you ask Katie Noonan about the one action she would love to see music fans take to help green the music scene across Australia, her answer is sweet and simple. "Never buy a plastic water bottle again," she says.

About the Author: Justine McClymont is a freelance writer and content writer based on the NSW north coast. She writes about environment, sustainability, food, farming and gardening. You can find her at www.justinemcclymont.com and www.facebook.com/justinemcclymontwriter.