Here’s why nobody wants to talk about plastic rubbish

A comprehensive study in 2014 revealed there were 5 trillion pieces of plastic floating in our oceans, equating to around 700 pieces per person. These findings came from data collected by scientists from the US, France, Chile, Australia and New Zealand.

Large pieces of plastic can strangle animals such as seals, while smaller pieces are ingested by fish and then fed up the food chain, all the way to humans. Microbeads are a particular problem, as they're so tiny it's a headache trying to work out how to get rid of them all!

So why are plastics in our environment an issue? It's largely due to the chemicals contained within plastics, as well as the pollutants that plastic attract once they are in the marine environment. Plus, if a fish or other animal ingests plastic, they can't digest it and it can even kill them if they can't pass it through their body.

So if we KNOW that it's wrong to keep polluting our oceans like this, why do we still do it, and why won't anyone talk about it?

It's convenient to keep trashing our world

With the disposable lifestyle comes convenience. Why wash up your plates and cups when you can just chuck them into the bin? 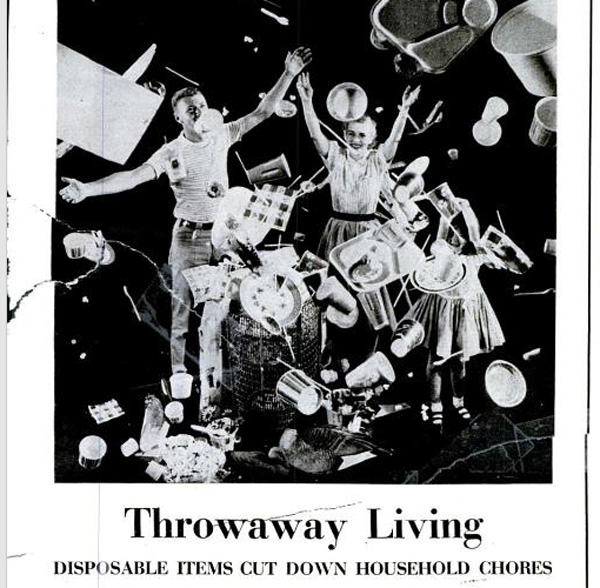 The image above comes from a 1955 magazine, which celebrated the notion of using something once and then throwing it away. Before then, this would have been seen as wasteful (particularly during the two World Wars and the Great Depression).

This is the mindset we've been trapped in for a while: chuck it away and get on with our day. It's easy, we're not inconvenienced by having to go to any effort to recycle, clean up after ourselves etc. etc.

We ignore the issues

While most people probably know at some level that plastic in the sea is killing marine life, we rarely expose ourselves to the scale of the issues, nor do we make more than a minimal attempt to educate ourselves (I'm speaking broadly, here. There are of course people who DO engage in the issues, but they are certainly in the minority).

"It shocks me how little people understand about the issue," said Australian Greens Senator Peter Whish-Wilson. "I think it's the biggest global pollution problem that we face that we talk so little about and do so little about," he told The Straits Times.

According to the CSIRO, about half of all seabird species in the world are likely to eat plastic debris, everything from balloons to glow sticks. In some cases, plastic waste removed from the guts of dead birds can add up to 8 per cent of body weight. In addition, the CSIRO predicts plastics ingestion in seabirds may reach 95 per cent of all species by 2050 as plastic production grows. ( source) 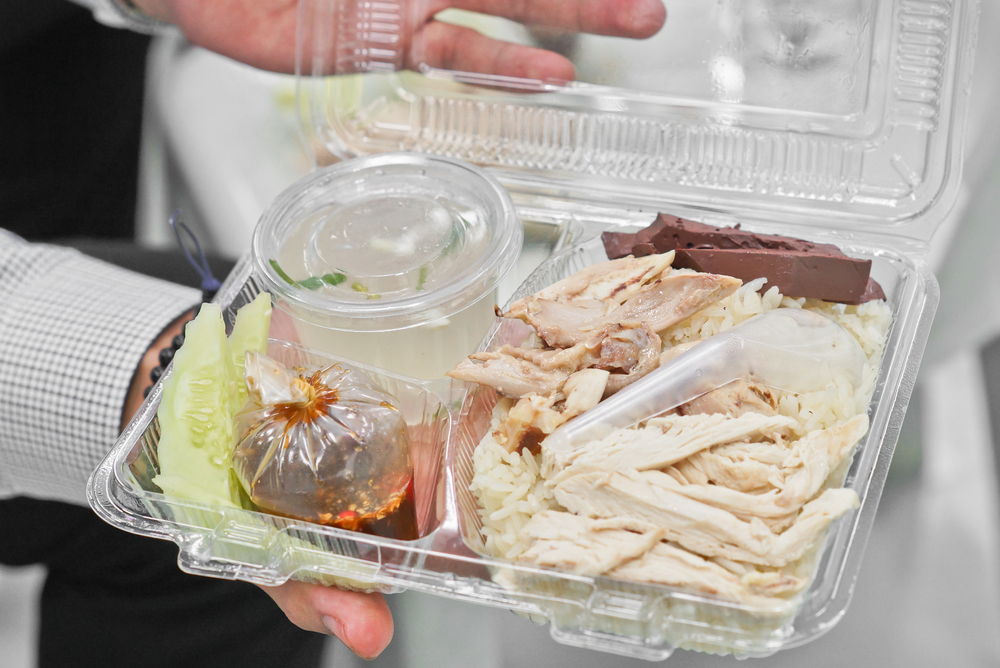 We can't see an alternative

When the 1 Million Women team first took on the Plastic Free July challenge, many of us (myself included) couldn't fathom how to go without this oil-based wonder material we'd all become so reliant on.

"Last year I thought it wouldn't be that hard to cut all the plastic out of my life for a month, but I quickly found out it takes real dedication," said one of our team members, Bronte. "I think one of my weaknesses (which I'm working on) is having self control … I want to be stronger when I get caught out in situations where the easy option is to accept something plastic."

Team member Shea also struggled: "would love to have less plastic in my life, but unfortunately my vices make this difficult. I drink coffee (a lot), I smoke, I drink beer, my hobby is film photography (which come in plastic canisters) and I am a slight hypochondriac so I am constantly buying medicine that comes in plastic."

However, by the end of our challenge we'd started to realise that although plastic seemed to be everywhere in our lives, it wasn't actually as necessary as we'd initially thought.

Read about the Ups and Downs of Plastic-Free Living

We think that we're too insignificant to have any impact

"Why don't you stop using cling wrap?" I ask my relative, watching as he wrapped sandwiches in individual sheets of plastic, despite the fact I'd given him a reusable container for that exact purpose.

"The container is too bulky, plus it's not like I use that much plastic," he said.

One of the biggest problems with plastic is we refuse to see that our individual actions, combined, have created this issue. Yes, you may only create a few kilos of rubbish a week, but what happens when you multiply that by the world's population?

The ocean becomes inundated with floating plastic gyres. The Great Pacific garbage patch is a concentration of plastic waste, chemical sludge and other debris that have been trapped by the current of the Great Pacific gyre. Estimates of size range from 700,000 square kilometres (270,000 sq mi) (about the size of Texas) to more than 15,000,000 square kilometres (5,800,000 sq mi) or, in some media reports, up to "twice the size of the continental United States". It's a very real problem that is continues to grow.

By the same token, we as individuals have collective power to make a positive difference by changing our actions. By reducing our plastic consumption and waste creation, we can start to heal the wound that we have inflicted on our planet.

Want to reduce your carbon footprint by 150kg a year? Say 'NO' to plastic packaging. Track your impact here.

We don't want to talk about it

Only hippies and greenies talk about all that "save the whales" rubbish, right?

Often when we decide to reject the current cultural norms, in this case, those that support convenience and continued use of plastics we do so quietly, not wanting to step on any toes. When you have a conversation with someone about why you are changing a habit there is an automatic comparison between your lifestyle and theirs - and at times, this can be uncomfortable as people may feel that you are challenging their lifestyle choices.

There is often a perception that moving away from single-use plastics is too time-consuming and no longer convenient, but generally this isn't the case. We interviewed Lauren Singer, an advocate of zero-waste lifestyles earlier this year and she had this to say, "Doing things like shopping at the farmer's market, buying all of my clothes second hand, making all of my own products. And these are all things that might seem daunting or difficult, but if you listen to my TED talk I explain that it's just a preconception, the time that I save from actually doing these things outweighs all the time that I would have spent to actually buy all of the products – as well as the money I save. Not to mention the healthier food that I am eating".

We need to start talking about how we can change our attitude towards waste, consumption of material goods, caring for the planet and caring for each other.

Start the conversation with someone today by sending them this article.

READ THIS NEXT: How To Quit Plastic

5 easy steps to quit plastic (from The Rogue Ginger) - Follow these five everyday simple choices and you will find quitting single use plastic seamless.

[Infographic] How to get plastic out of your life! - Helpful tips to finding environmentally friendly alternatives to the plastic that can sneak into your everyday life.