Last week, an obituary for the Great Barrier Reef went viral. The tongue-in-cheek article, published on 'Outsider', was shared more than one and a half million times. Here's the plot-twist though – someone has to actually be dead for an obituary to be necessary.

When I read the article, all I could think about was the scene from 'Monty Python and the Holy Grail' where a man continuously claims to be alive in order to avoid "the cart." 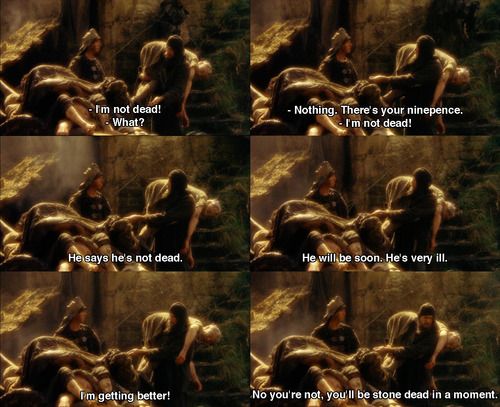 Comparing the catastrophic coral bleaching of the Great Barrier Reef to Monty Python might seem abstract, but in essence, it's a spot-on portrayal of the obituary and the Great Barrier Reef. There's a big difference between dead and dying, and viral claims that the Reef is gone doesn't do it any favours. Instead, these words have the power to crush the remaining glimmers of hope for the largest living structure in the world.

After the article was posted, social media quickly exploded with responses - most mourning the loss of the World Heritage site. Other media outlets soon picked up the story, and they too claimed that the Reef was officially dead. The obituary was no doubt supposed to highlight the urgency needed to save the reef, but encouraging action through overdramatic, inaccurate and negative methods is counterproductive. Rather than shaking people into action, pieces like this leave us disheartened and devastated. We feel powerless and helpless, with that defeatist thought on repeat in our heads, 'I'm just one person, what can I do'.

Russell Brainard, chief of the Coral Reef Ecosystem Program at NOAA's Pacific Islands Fisheries Science Center compared the obituary to 'someone chopping down 50 percent of the trees in a forest and telling you the forest is gone.' In a comment on Outsider's Facebook, Brainard explained that, "this sort of over-to-top story makes the situation much worse by conveying loss of hope rather than a need for global society to take actions to reverse these discouraging downward trends." Majority of scientists have been unanimous in their responses to the obituary, explaining that while the Reef is certainly under threat, it's still alive.

If it's not dead, what's the real state of the Reef? 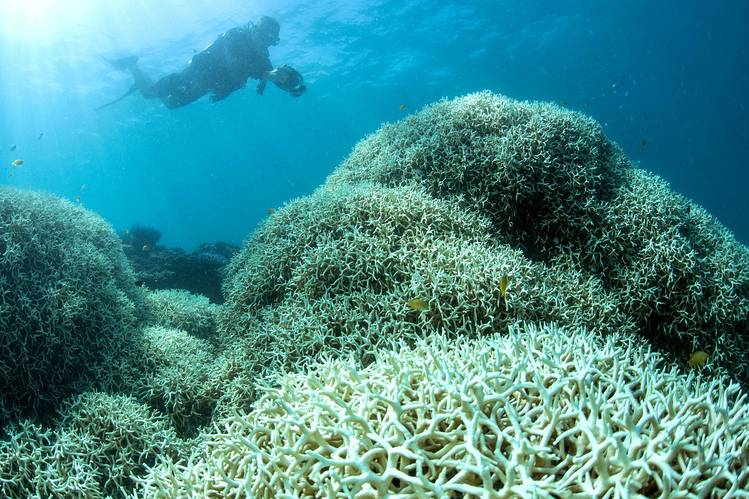 Earlier this year, more than 93% of the Reef was affected by bleaching. A survey between March and June this year has shown that 22% of the reef is dead; leaving three quarters that can recover – if we take climate action.

22% of the Great Barrier Reef is dead; leaving three-quarters that can recover – if we take climate action.

Coral reefs are one of the most fragile ecosystems on Earth. Warming of just a few degrees can cause them to become incredibly stressed, which results in bleaching. This is just one of the reasons it is so critical we keep warming below 1.5 degrees. After the mass-bleaching event earlier this year, most of the coral north of Port Douglas and around Lizard Island has been declared dead. It could take decades to recover, and recovery relies on reefs not bleaching again- a feat that will become increasingly difficult if temperatures continue to rise.

"It isn’t too late for Australia to lift its game and better protect the GBR, not we should all give up because the GBR is supposedly dead.”

Climate change is the most serious threat to not only the Great Barrier Reef, but also coral reefs globally. Conserving these underwater wonderlands is reason enough to drastically reduce greenhouse gas emissions. The obituary for the Reef might not be true now, but unless the Australian Government takes urgent and sustained climate action it will become truth in the future.

Read this next: Climate change, tourism and the Great Barrier Reef: what we know

Taking climate action is the only way we can have climate hope, and hope for the Reef. That's why 1 Million Women is building a global community of women committed to fighting climate change with our daily actions. To join the (free) movement just click the button below!

Be part of the community