While fish farming isn't a modern concept – the Gunditjmara people in Victoria farmed eels for food and trade 6000 years ago, and there's historical evidence of the practice in China dating all the way back to 2000 BC – the way we farm fish now has various impacts on communities, consumers and the planet.

Wait, what is fish farming?

When we use the term "fish farming", we're talking about aquaculture: raising fish, crustaceans and sea life for food or resources. Over half of the fish consumed globally now comes from aquaculture, which makes it really difficult to ignore. Unlike many fisheries around the world, Australian producers aren't legally required to label farmed fish as such, which makes it pretty likely that we've all eaten or bought farmed fish at some point in our lives. 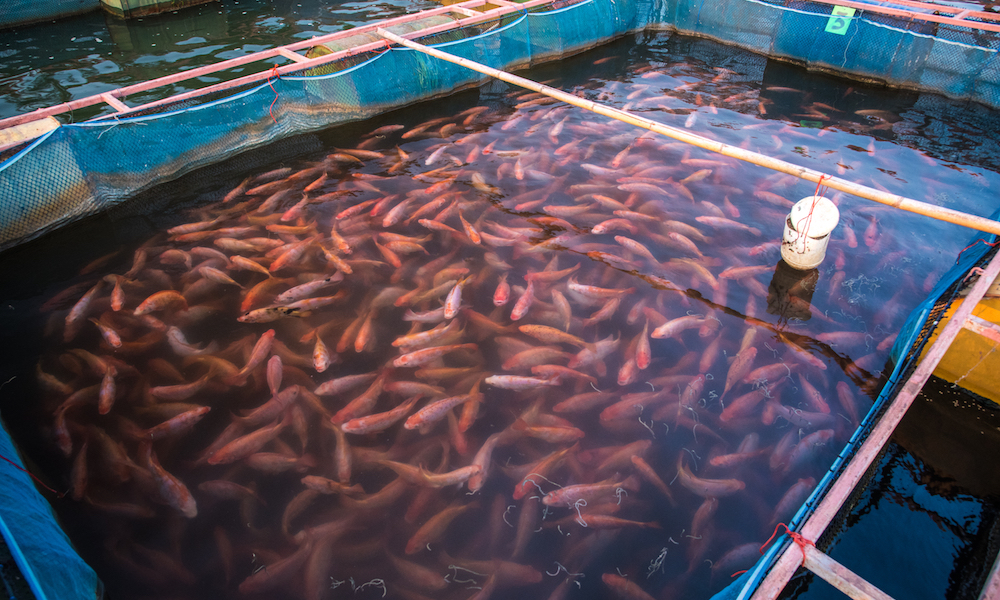 Why have we resorted to fish farming?

"Think about it," biologist Kevin Fitzsimmons told the New York Times for a 2011 piece on farming tilapia, an easy-breeding factory fish. "If we tried to get beef from hunting, there would be a lot of hungry people."

Advocates for 'sustainable' wild fishing cite hunting's ocean equivalent, the pole-and-line fishing technique as a low-harm option for food supply. But the input required to catch fish one-by-one simply can't keep up with global demand. On top of this, overfishing is causing fish production to fall and is hindering the ocean's ability to recover.

According to the United Nations, we've already fished 90 per cent of the ocean's large predatory fish like tuna and salmon. And over 70 per cent of the world's fisheries are considered significantly depleted or exploited. 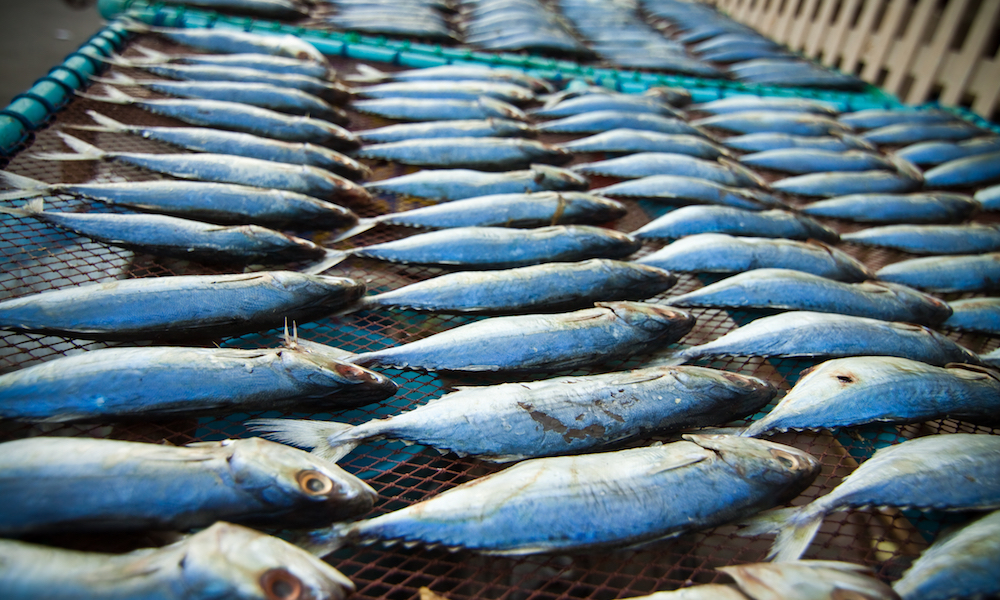 Demand is met with large-scale fishing techniques, like bottom trawling – dragging weighted nets across the sea floor, which indiscriminately scoop up both the intended target fish as well as coral, juvenile fish species and other marine life vital to the functioning of a marine ecosystem – all of which is discarded as "bycatch". Marine life caught as bycatch can comprise up to 90 per cent of a net's total catch and is thrown back into the ocean, dead or alive.

All of a sudden, the idea of neat, small-scale pens of salmon and tuna, tended by a few local fishermen, doesn't sound so bad, right?

When fish farming is good

Aquaculture holds the benefit that it's not large-scale ocean fishing. Depending on the farming method, fish farms can require very little maintenance. They can be built in most locations, meaning food can be produced closer to the consumer. Fish farming can also be conducted at a low cost. Fish can be fed cheaply, and the practice is linked to improving incomes, employment levels and food security for some of the estimated 120 million people worldwide whose livelihoods depend on fishing. It's estimated 90 per cent of fish-reliant farmers live in developing countries, which means investing in their production offers not just a source of food for supermarket shoppers, but a pathway out of poverty for smallholder producers.

When fish farming is bad

There's a much higher risk of contamination and pollution in farmed fish compared to ocean swimmers – both within the fish, which are crowded together in dank, cramped tanks, and when fish-related waste, like dead fish and uneaten food, is disposed of into surrounding areas. Farmed fish breed diseases and ailments like sea lice, which can pass to wild fish via local waterways. Farmed fish are usually the ones right at the top of the food chain, which skews the system and harms the biodiversity of the marine environments aquaculture should seek to preserve. 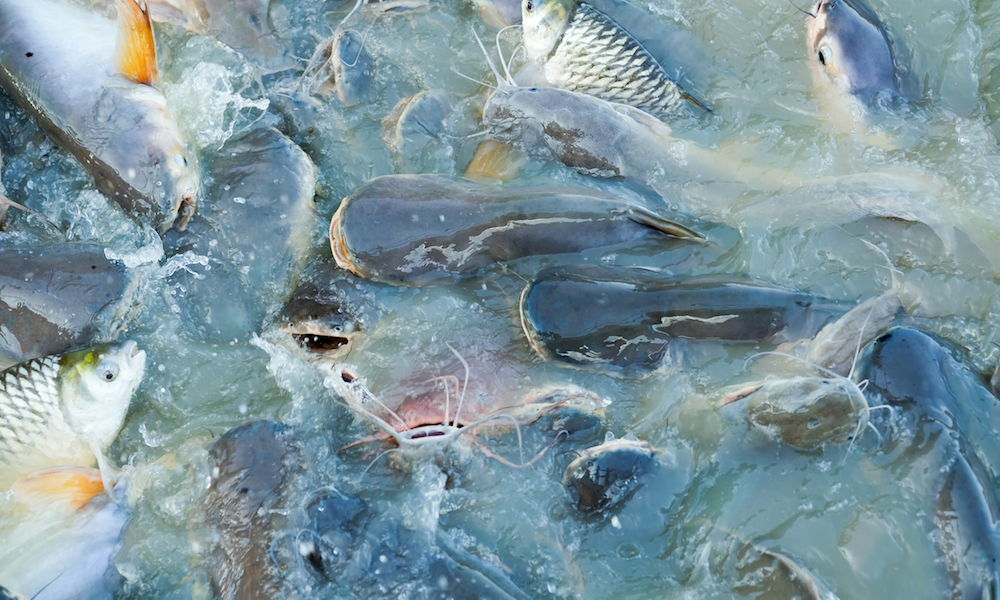 Plus, the over-crowding, contamination and disease makes for an incredibly distressing environment for fish.

What to do at the supermarket

Researchers have found that while aquaculture is expanding, it's incapable of meeting current and projected demand for fish stocks. By consuming less fish, we can relieve pressure on fish species, giving marine ecosystems a chance to replenish themselves. Plus, the nutrients that you get from eating fish – omega-3 fatty acids, vitamin D, vitamin B2, iron, calcium, zinc, magnesium and potassium – are all easily found in plant foods like flaxseed, leafy greens, walnuts, legumes, oats, sweet potato and bananas.

Another option, if you must eat fish, is to carefully research which economies use sustainable fishing techniques, and buy accordingly: Sirena brand canned tuna, for example, is exclusively pole-and-line-caught, and tuna caught commercially in the Maldives is fished pole-and-line. Sustainable Seafood offers a list of questions to ask a fishmonger to ensure produce is sustainably fished, and has developed an app to help Australian consumers make sustainable seafood choices.

Sophie Raynor lives, writes, cycles and composts in Melbourne, works in not-for-profit communications, and blogs about most of it.

Read this next: The Three Biggest Threats The Ocean Faces (And How You Can Help!