The Renewable Energy Target certainly caused some fuss, with energy companies AGL and Origin fiercely resisting the push for sustainable resources. Now these companies want us to believe that they're as clean as clean can be.

So why do these companies think that we will forget all that and fall head-over-heels for their rebranding as "clean" and "eco" energy providers?

According to Dr John Hewson, "AGL is perhaps the worst offender, spreading pro-renewable furphies through Facebook and Twitter while assuring investors sotto voce they mean nothing of the sort."

The company gets a lot of social media mileage out of their claim to be Australia’s biggest investor in renewables, and, in fairness, they’ve put $3bn into the sector over the last five years. That number is less impressive when you discover they’ve also invested at least $2.4bn in coal over the same period, including a whopping $1.5bn on Macquarie Generation just last year in a deal that catapulted them into top spot as the country’s biggest polluter. 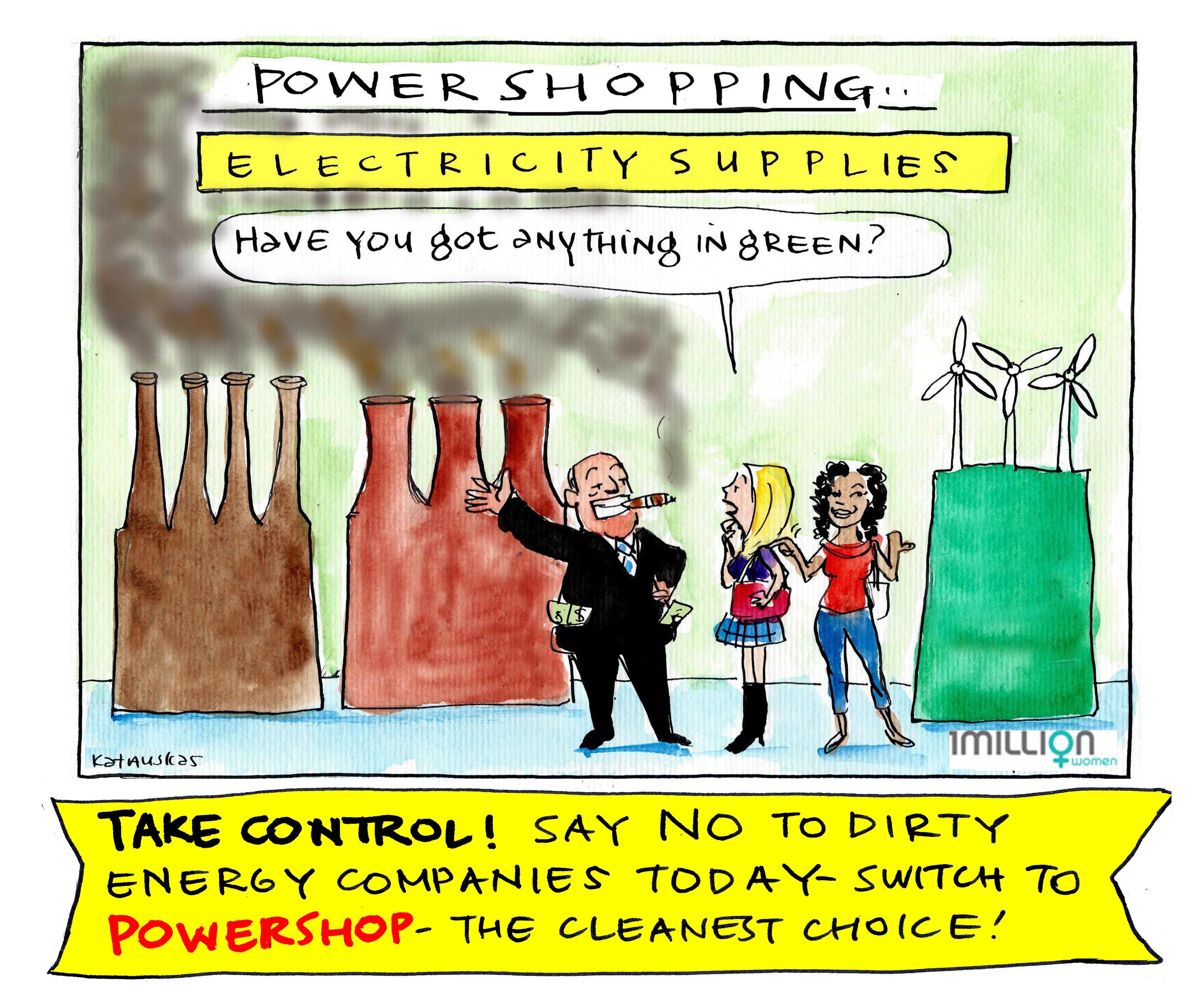 The rest of the world has figured out renewable energy is the future and so have AGL and Origin Energy’s customers. If they don’t stop being part of the problem they risk being left behind with billions of dollars of stranded coal assets and armfuls of their own marketing greenwash, stuck in a twilight zone of their own creation. 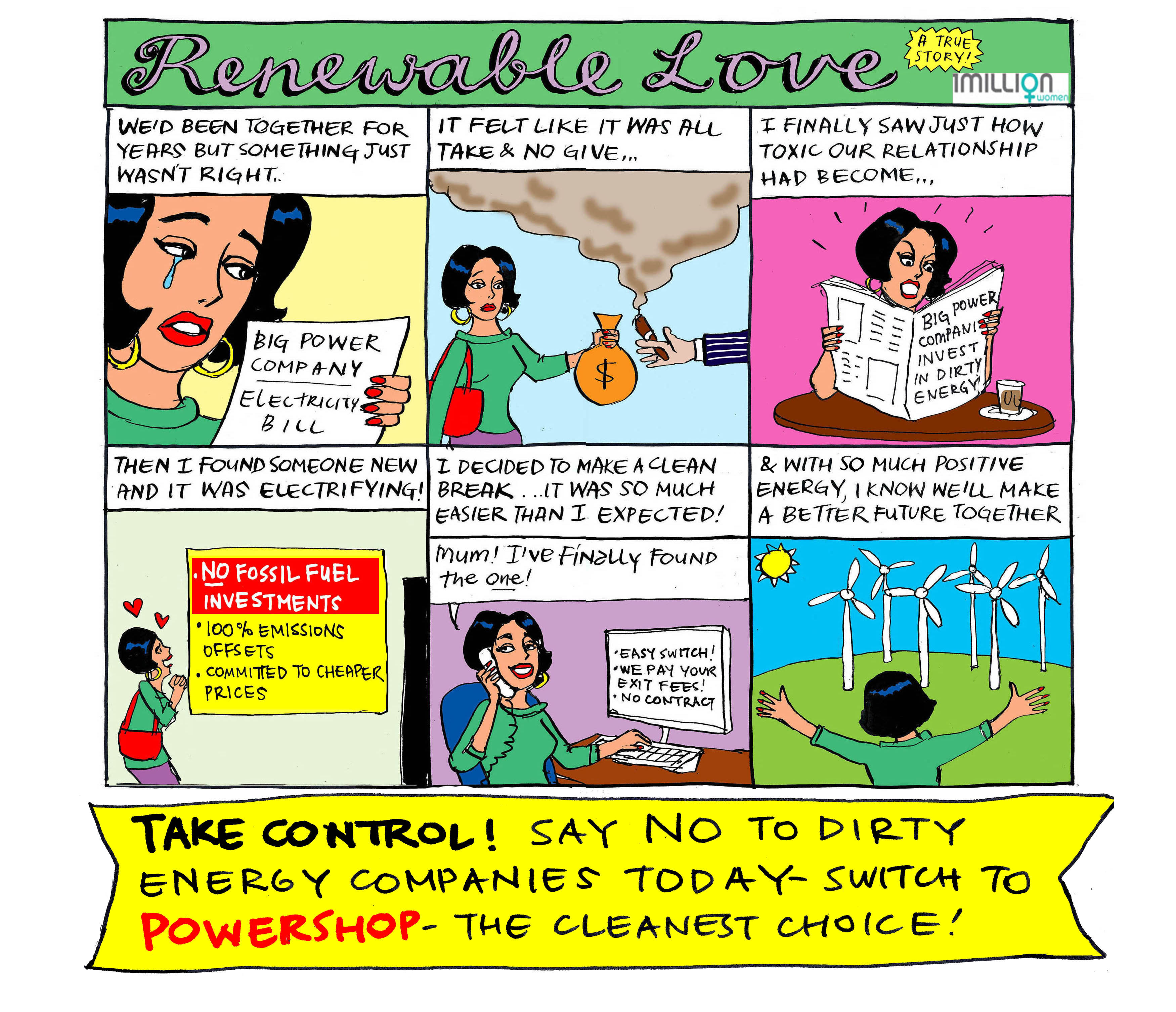 The fact that Powershop DOES NOT invest in this destructive fossil fuel industry is the NUMBER 1 reason why you should switch your energy to them! (Only available in NSW and Victoria at the moment, other states watch this space.)

They ONLY invest in renewable energy.

They also offset 100% of the carbon associated with your electricity use at no extra cost to you (and they will pay the exit fees you might have from your current provider, up to $75!)

Click this link to Say NO to dirty energy companies today! It takes less than 5 minutes!

And when you switch, Powershop will make a financial contribution towards our 1 Million Women campaigns to cut carbon pollution.

READ THIS NEXT: 5 Reasons to say "NO!" to dirty energy now

Say NO to dirty energy

We've teamed up with Powershop Australia to reduce the impact of climate change, and give you access to cheaper and greener electricity.

1 Million Women is all about reducing carbon pollution in our daily lives. Powershop is Australia's cleanest power supplier that does NOT invest in fossil fuels. It makes sense that we'd support them.