Election 2016: do we need to re-establish a department of climate change?

With a federal election looming, Australia's top mandarins will once again be turning their minds to the incoming government briefs, the so-called blue book if the Coalition is returned and the red book if Labor is elected.

High on the agenda will be the organisation of the bureaucracy and it won't get any trickier than climate change.

A question for an incoming government will be whether to re-establish a Department of Climate Change?

And if not, what should be done?

To state the obvious, the past decade of Australian climate politics has been anything but stable. Climate agencies have been established, abolished and merged at a rate reflecting the volatility of policy settings.

As prime minister, John Howard established Australia's first standalone climate agency in 1998, the Australian Greenhouse Office. Six years later, it had been merged into the then Department of the Environment and Heritage.

As a statutory agency it was the first in the world dedicated to reducing greenhouse gas emissions, but it didn't have a secretary to represent it at the highest levels of government.

This changed in 2007 with the election of the Labor government, which had campaigned on climate change. The new prime minister, Kevin Rudd, created the Department of Climate Change.

This was the first time that climate change was given its own secretary and its own minister in cabinet. Both were within the prime minister's portfolio to underline the importance of climate change to the government.

Martin Parkinson, now the secretary of the Department of the Prime Minister and Cabinet, had the task of establishing the new department as its first secretary. It was to have a broad scope, with a remit not just for domestic climate policy, but also responsibility for international climate change negotiations. This had until that point resided in the Department of Foreign Affairs and Trade (DFAT). It was to be responsible for policy but not implementation 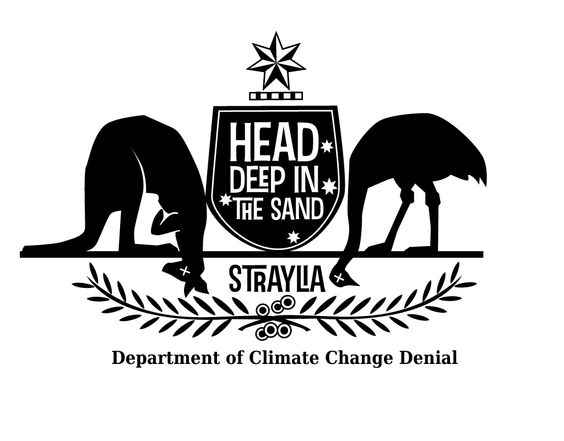 The new department lasted only six years. In 2013, it was merged into the Department of Industry under then prime minister Julia Gillard, perhaps in the hope that it would be saved from the wrath of the Liberal opposition leader, Tony Abbott, whose likely victory had been based on abolishing Labor's climate policies.

Abbott's ascension to the prime minister's office later that year coincided with another shift. History was repeated as climate change was sent to the Department of Environment, with the international negotiations returning to DFAT.

Do we need a climate department?

Little has changed since under Malcolm Turnbull's prime ministership and, with this history, only a fool would predict what's next. But with an election in the offing, there is every reason to believe more change is on its way.

There are three things to consider.

First, representation. Climate change is arguably the greatest economic and security threat that Australia faces. As a result, it demands proper representation within government.

That means that climate change needs to be represented by its own departmental secretary in the bureaucracy and its own minister in the cabinet. In practice this could mean either a separate department, or the explicit inclusion of climate change in the title of a department with additional responsibilities.

Second is the scope of the portfolio. At the domestic level, the causes of climate change – fuel combustion for energy, and land-use change – are associated with almost every domestic economic activity. This means that the climate portfolio must have a wide remit.

But a climate change department cannot be a department of everything. Where to draw the line? 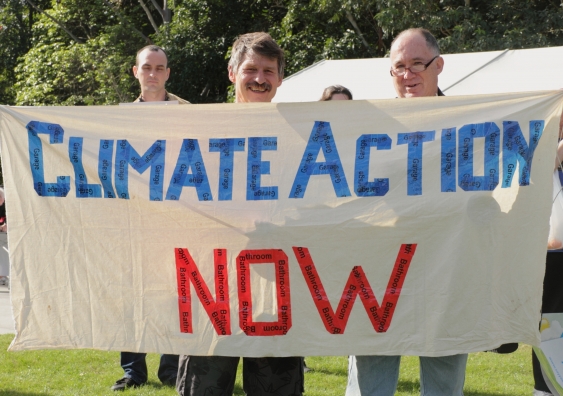 Other countries (such as Denmark and the United Kingdom) have combined climate change and energy, but that implies that the land sector is of secondary importance. In Australia that would be a mistake because agriculture, for example, produces roughly 13% of our emissions and land use is hugely important in adapting to the changing climate.

At the international level, the fact that climate change is a global problem means there will always be a diplomatic dimension to the portfolio. DFAT's prioritising of fossil fuel trade lost it the leadership of international climate change processes under Labor, but under Foreign Minister Julie Bishop DFAT has been more strategic.

The Paris climate summit last December represented a major shift towards integrating climate and development policies. Aid policies will play a critical role, so the case for continued DFAT leadership internationally is strong.

The third thing to consider is transparency. If Australia is to meet its emissions targets, which are likely to become more stringent over time, business is going to have to shoulder the burden of change. To be sure, an emissions trading scheme, or something like it such as a baseline and credit scheme, will require fundamental changes to the Australian economy.

Any climate change agency will need to be open and transparent in the way it consults and manages not only environment groups but business too. These will have to be brought on board if change is to proceed smoothly.

On this basis, there are good reasons for the incoming government briefs to recommend the re-establishment of a department of climate change. This would satisfy the question of representation, especially if a well-respected senior public servant were appointed to the helm.

If it develops a transparent culture that is open to all stakeholders, Australia might just be able to establish a climate department for the long term.

What recommendations end up in the red or blue book we may never know. The choices of a new government may express simple political preference. Labor may be more inclined to bring climate change policy under one bureaucratic roof and the Coalition to maintain the status quo.

Regardless, history suggests we need top-down co-ordination to build coherent policy. If a department of climate change is too difficult, a standing committee of cabinet will be essential to avoid reliving past failures.

This article originally featured on The Conversation

Read this next: Why aren't more young people using their vote?