This is a recipe from our friends over at Vegan Street

I love sun-dried tomatoes. This is why we grow tomatoes every year. Sun-dried tomatoes are full of bright, rich, summery flavour. They are great to add on salads, into hummus, in vegan omelettes, on sandwiches and more.

If you're used to the oil-drenched marinated sun-dried tomatoes or the too-parched ones you might find at the grocery store, these will be a revelation. Made simply and without any added fat, they are cooked at a low temperature over a long time to preserve the natural moisture and lock in the flavour.

We're using an oven for this recipe, which would typically be made in a food dehydrator, as I don't have a food dehydrator and simply do not need another appliance that is going to take up valuable real estate in my kitchen. The best kind of tomatoes for dried tomatoes is the Roma variety as they are less seedy and pulpy. Those are the ones I used in my recipe; if you use bigger or smaller tomato varieties, adjust your cooking times accordingly. You will need about ten hours with intermittent flipping so beginning early in the morning on a day that you are home will work the best.

(Use the amounts of seasonings you like; I used about two teaspoons each of the dried herbs.)

Remove the green tops off the tomatoes and cut in half length-wise. You can also decide to cut these further into quarters to reduce the cooking time. Try to keep them the same basic size so they can cook at about the same rate.

In a large bowl, mix the tomatoes with your salt and pepper and herbs.

Arrange the tomatoes on your baking pan with the cut side facing up. Cook for three hours with your oven door ajar a few inches to allow moisture out, then flip. You will continue to flip every three hours with the oven door ajar until the tomatoes are at their desired degree of softness and dryness. Keep in mind that due to differing moisture content, they may dry out at different times. Try to remove them as you cook them as they reach a more dry but still plump pliable state, which for me is between 9 – 10 hours.

Store in an airtight container in the refrigerator. 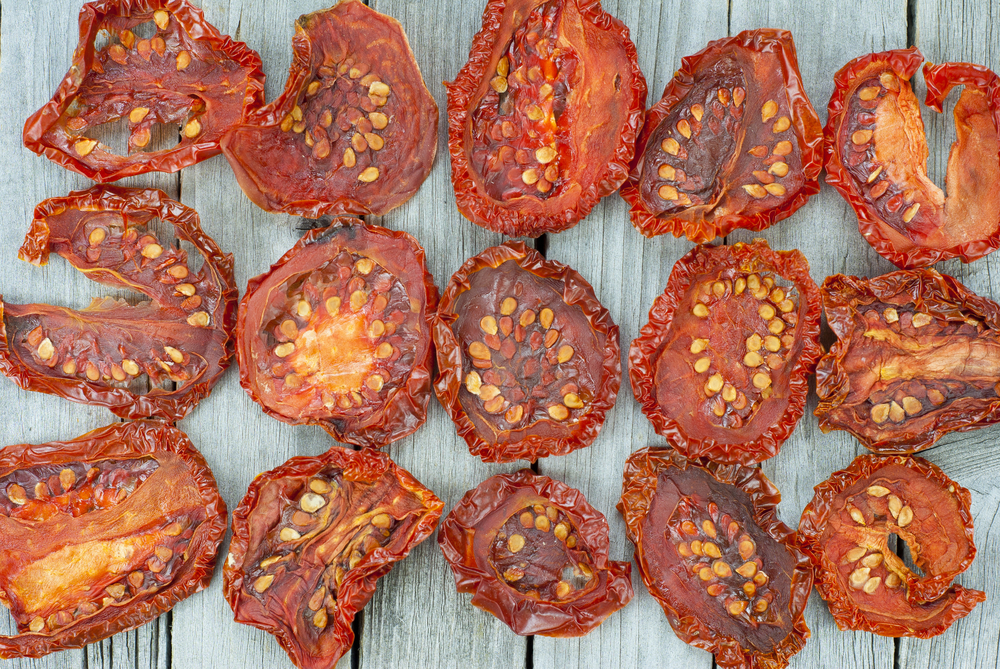 Thanks to Vegan Street for sharing this recipe with us! Be sure to check out their website for more tips on living a plant-based life.