Could coral gardening be the key to reef conservation?

We’ve all seen the devastation that our beloved reefs are facing, with the Great Barrier Reef expected by some scientists to be extinct by 2050 if something isn’t done about our rising temperatures. Coral gardening could be the answer we’ve been looking for!

Coral Reefs are amongst the most biologically diverse ecosystems in the world, not to mention visually stunning and an integral part of everyday life for some coastal communities. However, the reefs are in danger, with rising temperatures in the ocean causing great harm to coral reefs around the world, a direct result of climate change. The increase of heat causes the coral to become bleached, stunting the growth of the coral and of the reef. This has been named'The White Plague' which reached its peak around 2011, with over half the world's population of coral falling to the plague.

Coral bleaching is triggered by a whole number of phenomenon related to climate change and human actions. A few examples are; increased or reduced water temperature, oxygen starvation as a result of overfishing, herbicides, cyanide fishing and surprisingly four common ingredients in sunscreen that are non-biodegradable and can wash off the skin.

The death of the reefs doesn't just mean the loss of a stunning natural ecosystem, but the death of many fish and depletion of resources for communities that rely on the fish that frequent the reef for survival. Just as the ocean is affected by our actions, we are affected by it.

We've seen this harsh reality in our own Great Barrier Reef, but there may be some hope yet for these breathtaking ecosystems. 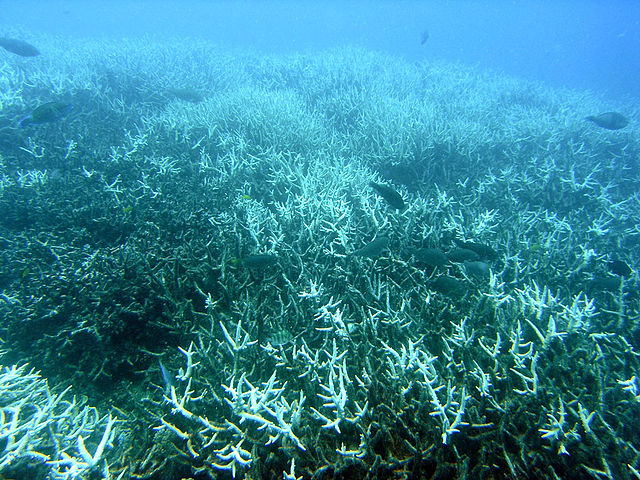 Coral gardening or coral aquacultureis similar to planting succulents. The technique involves treating coral as if it were a plant. Fingers of coral are extracted from the reef and replanted into a coral nursery which consists of cement disks or wire mesh. By relocating portions of coral from the reef, space is opened up for the surrounding corals to thrive once again.

The perfect spot is chosen to aid the fingers in growth, just like backyard plants, coral need sunlight, plenty of nutrients and the right temperature. After about a year or two the corals have more than tripled in size and are ready for harvesting! Interestingly, a single coral finger may grow into fifty new ones, all ready to be planted back onto the reef or into a new nursery to promote regeneration of the ecosystem! 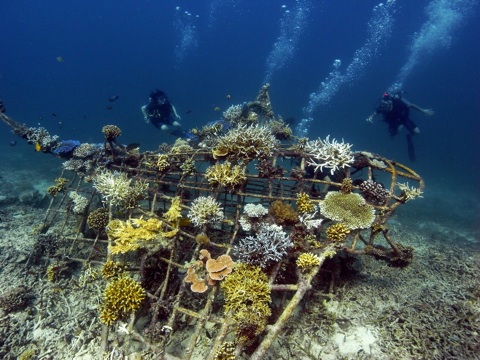 This practice is done as a partnership between biologists and fisherman in many coastal nations. Coral is farmed for conservation reasons in Fiji, the Philippines, Solomon Islands, Paula, Marshall Islands, Thailand and Japan!

If you want to see the amazing results of this method, check out the video below!

Now here's what you can do in your everyday lives to help the reefs!

Think wisely about your water

If you're wondering how your everyday actions can effect a coral reef thousands of kilometres away, the answer is simple. All water on Earth is connected. The water that goes down your drain or runs off your yard makes its way into the ocean eventually.

Reducing your use of unnatural fertiliser in the yard, looking for fruit and vegetables grown with minimum or no pesticide (and not using any in your own garden) and choosing nontoxic cleaning products and detergents are simple ways that you can reduce your households impact on waterways and marine life.

It's no secret that the overconsumption of plastic is problematic. Plastic waste can make its way into the ocean via polluted rivers and streams and populated beaches.

Microplastics such as Microbeads, are actually ingested by corals, filling their tiny stomachs with ingestible plastics. Dr. Mia Hoogenboom states that "Marine plastic pollution is a global problem and microplastics can have negative effects on the health of marine organisms,",

Polystyrene and polyethylene have been found deep inside the coral polyp wrapped in digestive tissue, raising concerns that it might impede the corals ability to digest its normal food, providing us with yet another reason to ditch the bead.

Not only does carbon wreak havoc on our ozone, but it effects our ocean too. Carbon pollution is one of the main enemies to coral reefs and cutting your carbon footprint is a fundamental aspect of fighting climate change and saving the reefs.

The layer of carbon dioxide that has been gathering in the ozone traps in the heat from the sun, causing ocean temperatures to rise. Not only does it increase the temperature of the water, resulting in coral bleaching, but it also increases the acidity of the water, which makes it difficult for organisms like corals and clams to build their skeletons or shells.

You can reduce your carbon foot print by making simple changes to your everyday life such as taking public transport, riding a bike, line drying clothes, shopping locally and organically and so much more!

These may seem like small actions, but the more people that think and act consciously about their effects on the environment, the better the chance we have at saving it!

How to live a zero waste life

What do idyllic beached and facial scrubs have in common?

How to dispose of microbeads 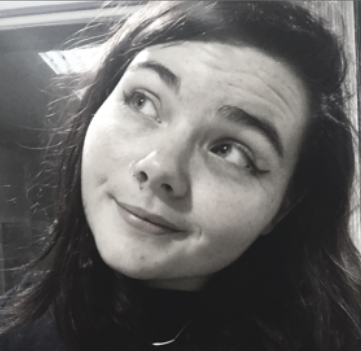