We sat down with Sarah Collins, owner of Wonderbag and co-partner of Feeding the Future to discuss time poverty, female economic empowerment, and the future of aid organisations.

The Wonderbag - an idea that began as a box stuffed with cushions - is now in more than 4 million homes all over the world, has been recognised as one of Times Magazines 50 most genius products, is one of the biggest scalable carbon projects, and more importantly is empowering women all over the world whilst saving the planet.

For those of you who don't know, a Wonderbag is a non-electric, heat retention slow cooker. Once food has been brought to the boil, the insulated bag cooks the food for a further 12 hours, with no external heating. This not only saves costs on resources that would be needed to keep fires burning (gas, wood, or coal) but it reduces the risk of indoor air pollution, a hazard that kills 1.6 million people annually. Furthermore, Wonderbags promote incredible social change, giving women back the time they would spend in the kitchen to invest in themselves, entrepreneurship, education, and minimising their exposure to gender based violence whilst collecting firewood (a task which amounts to 200 rape cases per month). The Wonderbag's environmental benefits are also large, with some households saving up to 80% of fuel, and 60% of water per meal.

A bit of history

As a young girl growing up in apartheid South Africa Sarah Collins, founder of Wonderbag, witnessed inequality around her and not only began to notice the patriarchal systems in her own home, but the institutional racism prevalent in many white South African homes. She became politically active from the age of 14, joining the African National Congress and actively speaking out against the apartheid government. Her actions soon lead to an arrest and having to leave South Africa for the UK where she furthered her involvement fighting against South African segregation.

Following her roots in political activism, Sarah describes her biggest driving force as female economic empowerment. This, coupled with her passion for conservation is what began her journey into "sustainable systemic change". A turning point came when she started a community partnership in Botswana involving 2000 community members in the tourism sector, she realised that lasting and impactful change had to come from economic growth. Having worked with NGOS for many years, Sarah explained that she got fed up with listening to the ways big corporations wanted their money spent, with little understanding of local communities, "I realized that aid was keeping people in poverty, people didn't really want to see systemic change in the form of real empowerment".

Women and the planet

During this time the effects of climate change were becoming more and more apparent, and Sarah noticed that the people most affected were women in nations that had done little to contribute to the climate crisis.

And the biggest challenge she found was that money being allocated by NGOs for climate funding was not going into individual homes, it was going into big industries. This money needed to go to individual women who were feeling the impacts of climate change, "The real heroes in countries such as these are unseen entrepreneurs, women who sell toothbrushes or bananas on the side of the road" , she added "the real entrepreneurs of Africa are those who make up the informal economy, the matriarchs of the homes. Unless we empower the mothers and grandmothers, they cannot empower their children and grandchildren".

The first way of empowering the matriarch is by combating one of their biggest time drains and biggest risks - cooking on open fires. And that is at the centre of Wonderbags - giving time back to those who use it in the home.The bags given to women in low income areas are subsidised through their retail sales, meaning that women around the world can uplift each other through their financial activity. 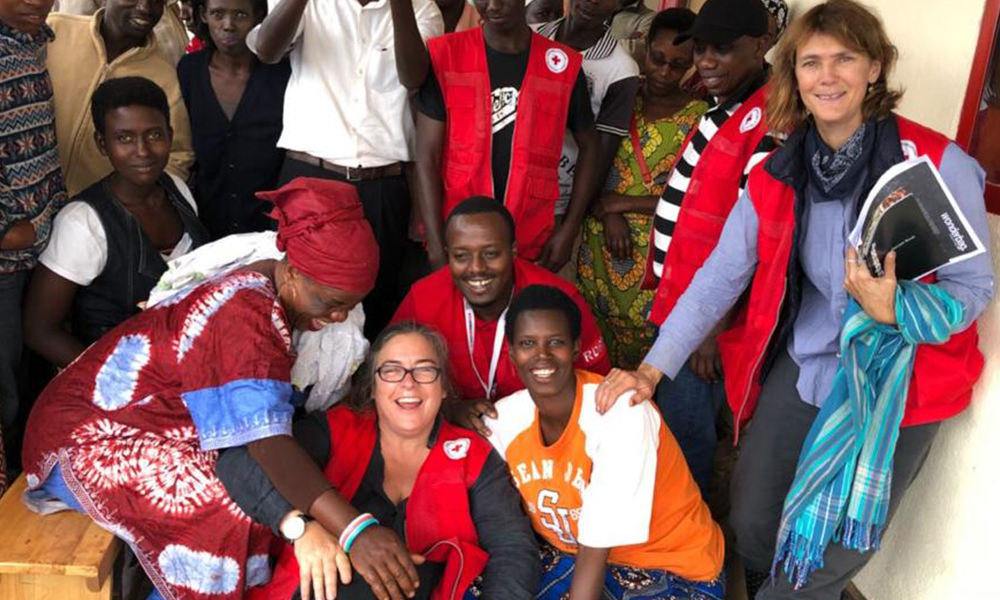 The business, the future, and getting involved

Whilst the Wonderbag is unquestionably an amazing tool, Sarah explains that it is this business model which does the most work. What has made the wonderbag a more successful tool than traditional aid schemes is that it reinforces economic independence. Sarah told the story of how a young woman reached out to her asking for advice on a feeding scheme to donate to, after having no success from a Google search. What she explained to this woman is that unfortunately the organisations and entrepreneurs we need to support won't be found via a Google search.

We discussed that 2020 has shown that we are in no short supply of good intentions. Through COVID, BLM and a climate crisis, we have seen millions of people that are desperate to help and desperate to see their money make meaningful change in the lives of others. But how do we know where our money is going?

In concluding I asked Sarah what she believed were actionable steps people could take to direct their money and time into places that it needs to go: She explained that it's hard to answer, but added jokingly "I'd probably say buy a wonderbag!".

Despite her jest, the aid model in recent years has undergone delayed yet necessary evaluation,and companies such as Wonderbag serve as an important case study for the future.

Fran is a young South African journalism graduate passionate about the outdoors, and getting other people to enjoy them with her. She loves paddling down long rivers, exploring big mountains and consuming bulk quantities of peanut butter.

Why Reusables Are Still Safe To Use During A Pandemic