Common questions and answers for the worm farm newbie

Worm farms are a wonderful way to reduce food waste and flourish the garden, but many uncertainties could make them a little off-putting. Here are answers to those questions that you may have been asking yourself before you make your very own worm farm.

I have been interested in compost for a while now. The idea that I can turn food waste into something useful for my backyard (balcony) and the rest of the environment is good for my conscience. I'll admit that I was a fan of composting long before I had even started.. There were various reasons that I kept telling myself why I wasn't composting at home and I realized that these reasons were excuse feeding my fears. What if it smelled? What if I failed? Fortunately, I got over those fears and bought a worm farm! I told myself that if I was bad at composting I could at least have 2,000 pets. I named them all Carle.

The past 4 months with the Carles has been incredible. I often tell people that I never realized I could be so proud of worms. And as I mentioned before, food waste is something that makes me feel guilty, so it's nice to know that at least the waste that we generate will be feeding the Carles. In the past four months, there's already been two rounds of babies. I have no idea how many worms we have in there now, but I'm pretty sure it's at least a million.

Since I was so worried about being a bad composter, I ended up with a lot of questions about what I was and wasn't doing. I found the answers to them in books, Google searches, and trial and error. To help others, I've provided a couple of questions with the answers that I've found below as a reference for anyone curious about the world of worm farms. 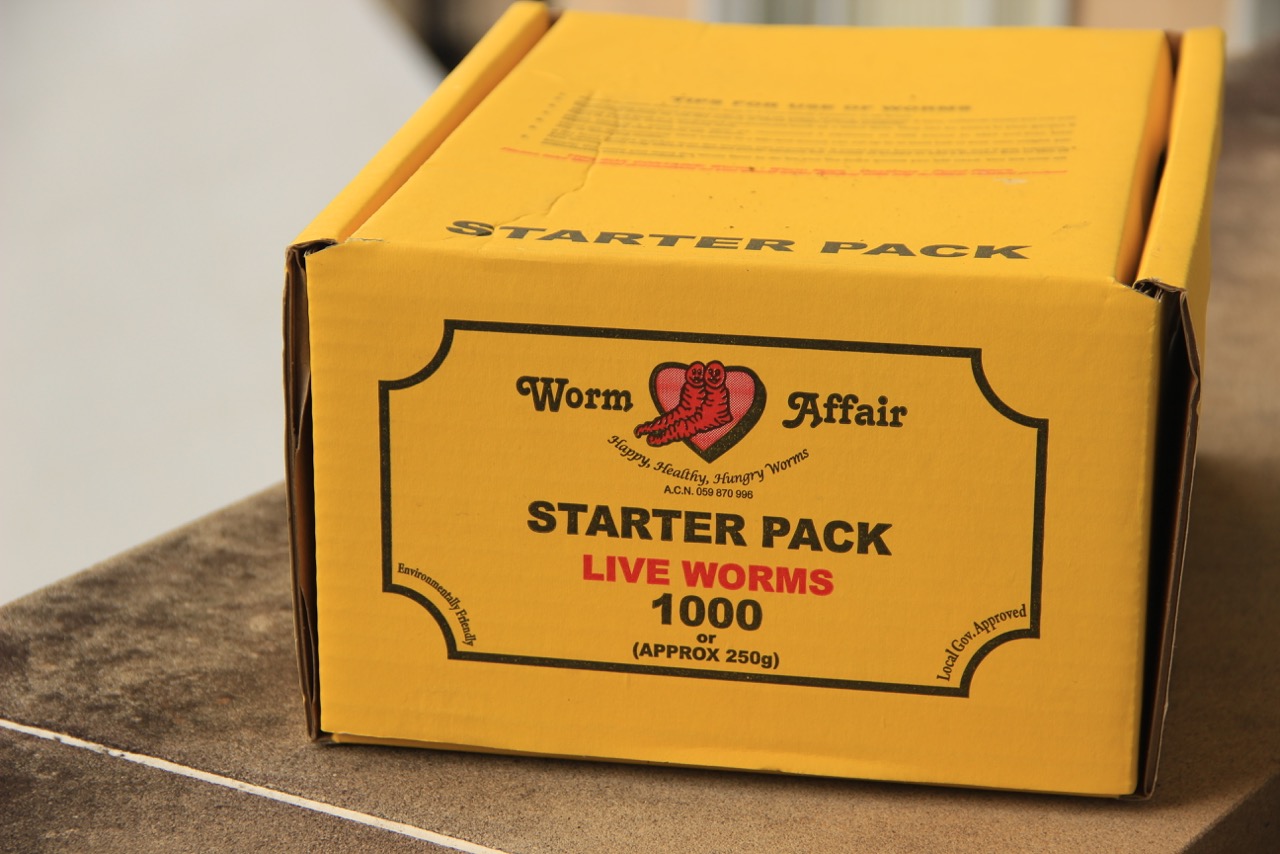 What can I compost in a worm farm?

•Fruit and vegetable scraps (This includes rinds and cores. Because of their acidity, citrus, garlic and onion can burn the worms, so add them sparingly or as a small component of a bigger addition)

•Bread, cookies, crackers, pasta (all things made with flour)

The smaller the pieces, the quicker they'll break down in the compost pile. Be sure to cut cores in half and break down the pumpkin you forgot to eat.

What can't I compost in a worm farm?

•Grease, oil or sauce of any kind

This is fine in small quantities - leftovers from bottles and food with wine or beer in it.

How often should I feed them?

It really depends on how many people are in your household and how much waste you're generating. There's two of us and I feed them about twice a week. Sometimes, if I'm lazy, I only feed them once a week and keep the scraps in the fridge until it's time to go outside.

How much water do I put in?

This varies on the types of food that you're putting in the worm farm. For example, if you've just added a lot of celery or watermelon, you'll need to include less water. You can watch the wetness of your compost by taking a handful and squeezing it together. If water drips from your handful, it's too wet (add more brown waste). If the clump falls apart in your hand, it's too dry (add more green waste). AND, if the handful comes together perfectly, your compost is just right. 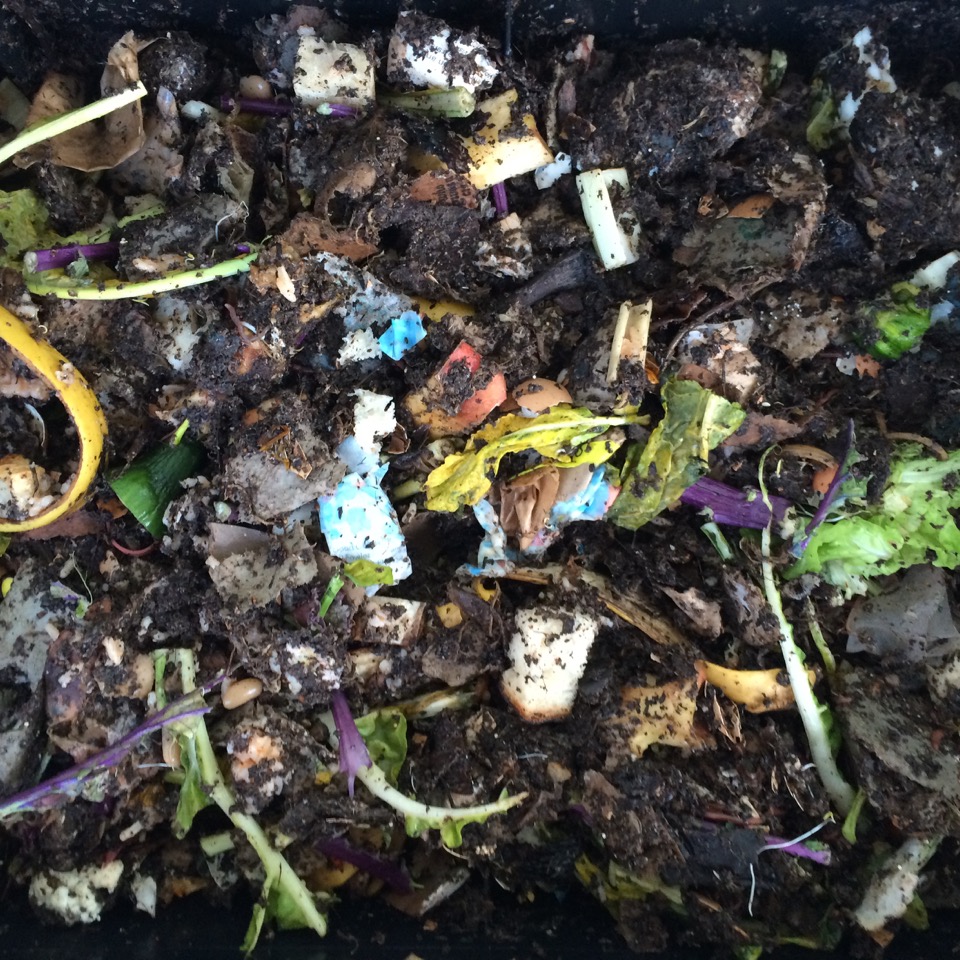 What do I do with the worm tea?

Worm tea (or worm juice) is the liquid that drains out of your worm farm. This stuff is often referred to as liquid gold. Dilute it with water (10:1 ratio) and use it as a liquid fertilizer on your plants.

When will my compost be ready?

From what I've read, a worm farm level can be ready in between three and four months. It depends on what you've put in there and how large everything is. The bottom level of my worm farm has been ready for a couple of weeks now (around three and a half months) except for some large egg shells and avocado skins.

My compost has creatures in it. Is that ok?

A while ago when feeding the Carles I noticed that I had some creepy crawlies in the levels. I couldn't tell what they were because they were so small. The general consensus I got from consulting others and reading was that it's nothing to worry about in your farm. If anything, you might consider welcoming them as they'll help in the decomposition process. If the population ever seems to be overwhelming, you may be feeding them too much and you should try reducing the amount of fruit you add.

On another note, if your featured creatures are ants, your compost might be too dry.

My compost is growing fungus. Is that ok?

I'm not afraid to admit that this one embarrassed me. I thought that the white fungus growing in the worm farm was an indicator that I was doing something wrong. However, everything that I've read tells me that this is ok, but there are some qualifiers:

•If it smells, you have too much green waste and need to add some brown waste. If mushrooms have started to grow, just break them off and feed them back into the worm bin.

•If the fungus is taking over the bin, this means that there are too many carbs in the compost, and the bin is too acidic. Try limiting them for a while and see if it dies down.

Watch this next: [VIDEO] How to make your own worm farm