Climate change will cost a young Australian up to $245,000 over their lifetime, court case reveals

The Federal Court today dismissed a bid by a group of Australian teenagers seeking to prevent federal environment minister Sussan Ley from approving a coalmine extension in New South Wales.

While the teens' request for an injunction was unsuccessful, a number of important developments emerged during the court proceedings. This included new figures on the financial costs of climate change to young Australians over their lifetimes.

An independent expert witness put the loss at between A$125,000 and A$245,000 per person. The calculation was a conservative one, and did not include health impacts which were assessed separately.

The evidence was accepted by both the federal government's legal team and the judge. That it was uncontested represents an important shift. No longer are the financial impacts of climate change a vague future loss – they're now a tangible, quantifiable harm. 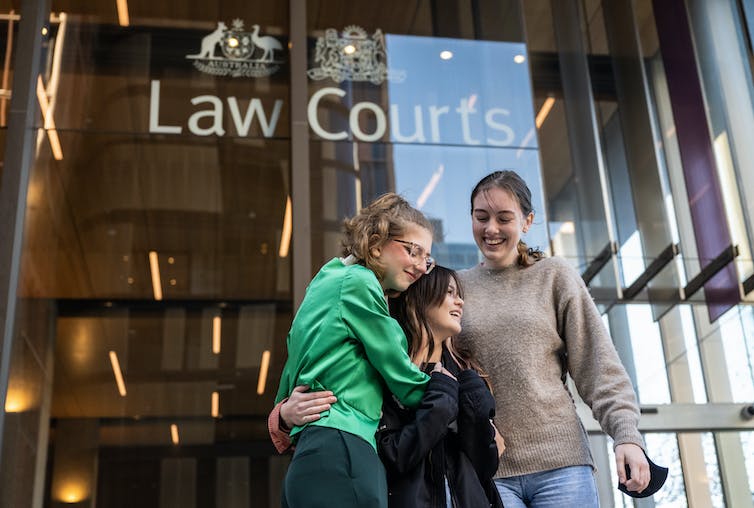 The Federal Court dismissed the teens' request for an injunction against a mine. James Gourley/AAP

The case involved a proposed extension to Whitehaven's Vickery mine near Gunnedah in northwest NSW. The expansion would increase the total emissions over the life of the mine to 366 million tonnes.

To help in its deliberations, the court called on an independent expert witness, Dr Karl Mallon, to estimate the extent to which climate change would harm the eight young Australians aged 13 to 17, and by extension all children in Australia.

Mallon is chief executive of Climate Risk, a consultancy specialising in climate risk and adaptation software which advises governments and businesses around the world. This is the first time anywhere in the world this technique for quantifying harm in climate litigation has been applied and accepted.

Mallon first assumed a level of ongoing greenhouse gas emissions, with reference to standard scenarios used by the Intergovernmental Panel on Climate Change (IPCC). The scenarios range from futures with ambitious emissions reductions to those with very little.

So Mallon used the IPCC's high-end emissions scenario known as RCP8.5 - the only one consistent with increasing coal production.

Second, Mallon drew on atmospheric modelling to provide projections for Australia on climate effects such as changes in temperature and rainfall. He then quantified the financial and health costs of those changes across three "epochs", or time periods, in the futures of young people today. 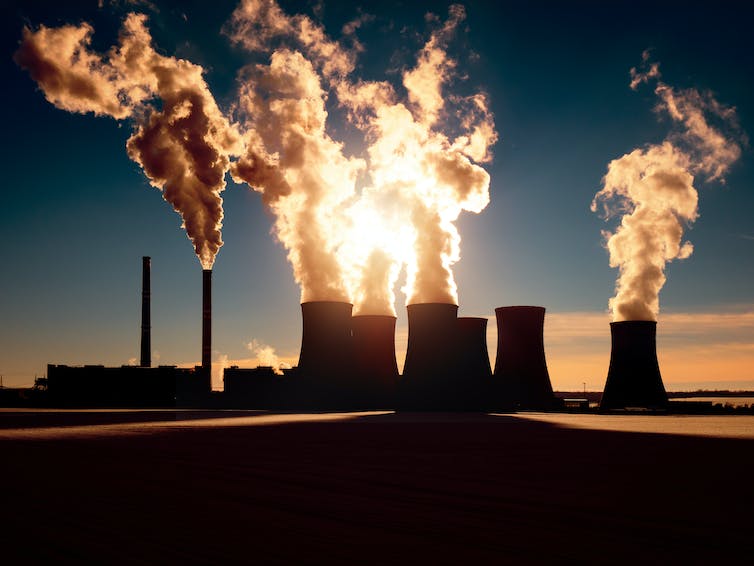 The proposed mine expansion would mean increased coal production, and emissions. Shutterstock

The first epoch spanned the decade to 2030. Mallon limited his analysis to how climate change will affect housing markets, leading to the loss of family property wealth.

Some homes are particularly vulnerable to extreme weather and climate risks such as bushfires, flooding, coastal inundation, cyclones and subsidence. Mallon's modelling found about 5% of family homes would be affected damaged by climate change and associated extreme weather events this decade.

Already in some areas insurance premiums are becoming unaffordable and the problem will likely worsen as climate change unfolds. This will reduce the market value of high-risk properties. 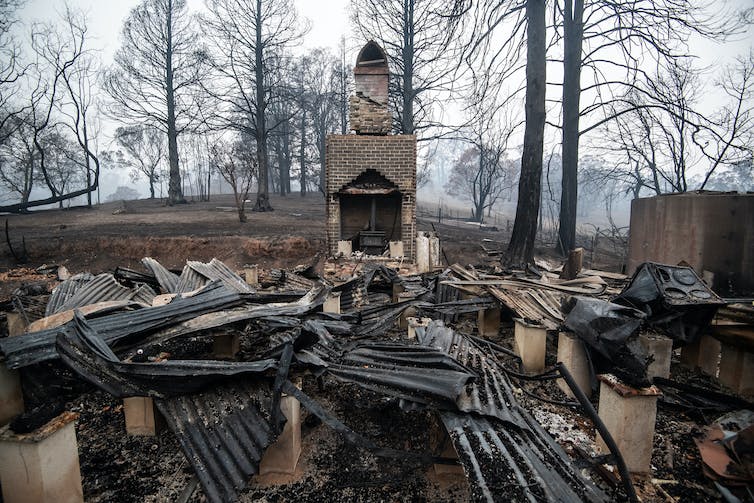 This epoch spanned the years 2040 to 2060, when the applicants would be aged between 20 and 58 years. This part of Mallon's analysis focused first on loss to prosperity – how climate change would affect a young person's ability to work.

On hot days, the body must expend extra energy dissipating heat (usually by sweating). As the International Labour Organisation has noted, exposure to these conditions for extended periods is risky, and to endure them people must drink water and take regular breaks, leading to lower productivity.

Rising temperatures under climate change will increase the number of days where the ability to work outside safely will be hampered. Mallon found around 30% of today's children will work in climate-vulnerable jobs, such as agriculture and construction.

People in these jobs will be less productive, and the cost to employers will eventually be passed to employees through lower wages. Mallon estimated this means a loss of about A$75,000 over a young person's working life.

Climate change and associated extreme weather will also disrupt the infrastructure businesses rely on, such as electricity, telecommunications and transport. Again, these productivity losses will eventually be reflected in employee wages.

In Mallon's opinion, repeated extreme weather damage to business continuity will lead to an estimated average A$25,000 annual loss per person over the working life of a child today.

Climate change will also deliver general "hits" to the economy. Mallon's analysis here focused only on agricultural and labour productivity, and drew on existing research to estimate losses of about A$60,000 per person over their lifetimes.

The bottom line? Mallon's partial, conservative calculations found today's children will forego between A$125,000 and A$245,000 each due to the climate impacts noted above. He puts the most likely cost at around A$170,000 for each child. 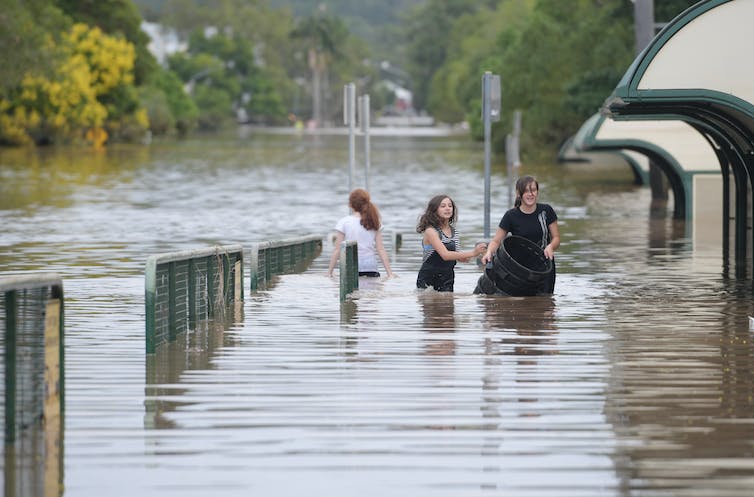 Natural disasters such as flood and fire will lead to economic disruption. Tracy Nearmy/AAP

The third epoch spanned 2070 to 2100, when today's young people will be in the later stages of their lives. Here, Mallon's analysis focused on the health impacts of higher temperatures. These will lead to increased heat stress, ambulance call outs, presentations to emergency departments and hospitalisations.

Older people are more vulnerable to the health effects of higher temperatures, and also more likely to die. Mallon found one in five of today's children will likely be hospitalised due to heat stress in their senior years.

In Australia and around the world, people concerned about climate change are increasingly using litigation in a bid to force governments to act.

This means we can expect to quantification of the financial costs of climate change being presented more often in our courts.

Mallon's calculations do not cover the only harm that will be caused by climate change – only those for which detailed accessible modelling exists. The full financial and health costs will inevitably be far greater than the scope of his assessment.

Global emissions must urgently be cut to net-zero to avert the most disastrous climate change impacts. The arguments in favour of radical mitigation action, including the personal financial risks, grow ever-more compelling by the day.

This story is part of a series The Conversation is running on the nexus between disaster, disadvantage and resilience. You can read the rest of the stories here.