Climate Change Is Front And Centre At Rio Olympics

On Friday the 5th of August, the most anticipated sporting event in the world once again took off, the 2016 Rio De Janeiro Olympic Games.

Now I'm not claiming to be a sporting authority, in fact I often call all sport 'sport balling' and to be honest most of the time I have no idea what is going on, but what I do like is a good show and with the Olympic games you can always be sure to have an opening ceremony to talk about for the next four years.

And this time, we were very excited to talk about the opening ceremony and not just because of the celebrations, the music and the theatre of the thing, but because this year the games highlighted climate change.

Climate change was a key focus of the ceremony, which opened with "news warning" highlighting our rising sea levels and the catastrophic impacts we'll see if we don't start to globally and agressively fight climate change.

The organisers of the ceremony didn't only highlight how the planet is getting warmer, show effects of melting polar ice caps and subsequent rising sea levels on places including Amsterdam, Dubai, Lagos, Shanghai, Florida and Rio De Janeiro itself but they backed up that statement with actions.

Each athlete was given a seedling to plant in a new forest in Rio called the Deodoro zone. The 12,000 seeds will form an Athlete's forest with 208 different species.

Read next: 11 Reasons you should be planting trees

The man behind the ceremony, Fernando Meirelles, Director of the Oscar-nominated City of Gods, stated that his only disappointment with the ceremony was that an athlete rather than the environmental activist he had proposed was going to lighting the cauldron.

And it's not just the climate change message of this games that has our hearts warming, this will be the first ever Olympic games to have a refugee team, made up of ten athletes, five who have fled South Sudan, Two from Syria, Two from the Democratic Republic and one from Ethiopia.

"These refugee athletes will show the world that despite the unimaginable tragedies that they have faced, anyone can contribute to society through their talent, skills and strength of the human spirit."

If we don't start taking serious action to meet the proposed target of 1.5 degrees warming, we're looking at reaching 4 degrees of warming by 2100. If this increase in temperature occurs we will see enough sea level rise to submerge land currently home to 470-760 million people.

Meaning that 470-760 million people would be without a home, all because of our inaction on climate change.

Read next: Forget oil, politics and religion: Syria's war has a lot to do with climate change

Meirelles said that the ceremony will show the "Empowerment of blacks, and women, as well as transgender people and will also warn against the risks of using up oil."

All of these reasons are making our heart ache for what could possibly one of the most important opening ceremonies of all times; a ceremony that has used its audience and reach to really push for climate and social change.

Is this year specifically a historical moment where we can see the world opening up discussion rather than ignoring issues, or have they all been equal in the understanding of social change?

Now I remember the Sydney Olympic games, there was a lot of excitement and our school took us to watch (I think it was tennis), I remember really bad outfits, over saturation of Ken Done illustrations and my parents getting angry about the government lift on 'Pokie' machine licences.

Sydney had a pretty incredible opportunity hosting the games in the year 2000, the millennium, the excitement, the change of a whole decade, so what did we do? We base our entire theme of the opening ceremony around the story of a horse that escapes, and the sum of money that is offered by its owner for its safe return.

It was an awkward mishmash of Australian stereotypes costing the government 3 billion dollars.

The wasn't groundbreaking stuff, but when you put the Olympics in Athens you have to celebrate Greek culture. After all, it is called the Olympics, it was born in Greece, it was in the stadium of Olympia, they have a Greek goddess called Olympia and the Olympics itself is basically an ancient Greek tradition.

Totally fair, we get it. 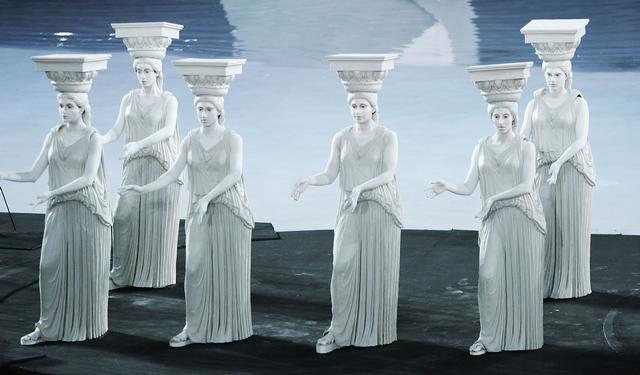 The Beijing Olympics was a very Chinese-centric celebration, with all the beautiful hallmarks of Chinese culture. For example, the ceremony kicked off at 8pm because in Chinese culture the number 8 is associated with prosperity and confidence.

The first part of the ceremony highlighted Chinese civilisation and the second part exhibited modern China and its dream of harmony between the people of the world. Whilst it seems on paper that it had a lovely message of harmony, the ceremony was hailed as 'steering clear of modern politics' by the associated press, and there was some question in the media about the 'heavy military theme'. 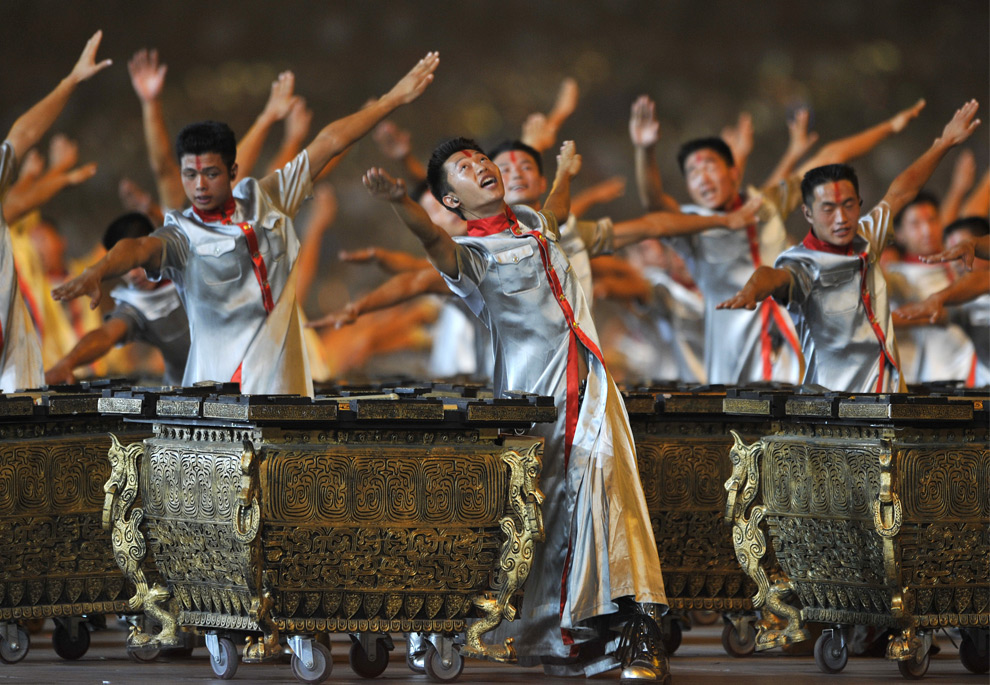 The British games were very, very, British; a tongue-in-cheek representation of British culture that used humour to create a 'spectacular cultural event'. The observer noted that the director, Danny Boyle, had invented a new kind of opening ceremony, a concept ceremony.

And while the duration of the ceremony was all about British pop culture, without a huge social message, perhaps the fact that it had paved the way for 'Concept ceremonies' being the new norm, was precisely why the 2016 Rio Olympics took the concept one step further, to start up the conversation about social change and climate change. 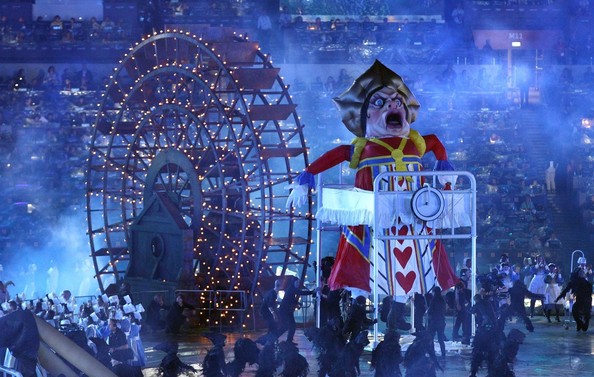 So, was it a bold political statement? Or a desire for ratings by doing something we've not seen at the games before?

I think the answer is, it doesn't matter. The games effectively highlighted the issues we're facing as a planet, and that is a massive achievement for the fight towards 1.5 degrees.

Forbes explains how after Leonardo DiCaprio's 2016 acceptance speech at the Oscars, in which he highlighted the importance of tackling climate change, tweets including the terms 'Climate change' and 'Global warming' increased by a whopping 636%.

Both the Olympic committee and DiCaprio did the same thing, they echoed the studies that environmental scientists have been talking about for the past decade, but due to their popular nature, they were more effective at getting the message across.

Fingers crossed this is the future of popular culture, using its influence to insight action and change in order to save our planet.

Read next: Is it time that we stopped calling Leo a hypocrite?