When we think of climate change, especially in relation to the early media surrounding the phenomenon, images of a lone polar bear on an ever-shrinking piece of ice are conjured up. We think of an arid, baron landscape that exists only in a time far, far into the future. In the way we think of dinosaurs walking the earth billions of years ago - an unfathomable amount of time - it is often thought that the effects of climate change will only come into play on drastic level a year we can't even comprehend, nor do we bother. Yet the world is warming at a rate unprecedented in history.

A study on the exceptional amount of drought being suffered by Australians shows that global air temperatures, humidity and rainfall patterns that can only be explained by the rise in emissions of carbon dioxide and other greenhouse gases caused by human activity. In Australia, this means that our country is destined to suffer extreme heat waves, drought, and catastrophic fires on a more regular basis if action towards decreasing greenhouse gases isn't taken. While the physical toll this will take on our land is exceptional, there are also, often unconsidered, mental side effects that can have extreme ramifications.

City of Sydney's 'Adapting for Climate Change' report states that record breaking heatwaves experienced, like that of 2011 will increase from the current 1 every 100 years to 1 every 2 years by 2070. The current average temperature in Sydney is 18° but by 2070 it is predicted that this will rise to 21°. And while 21° sounds like a pleasant climate, this will have a huge carry on effect, especially when we consider Northern areas of Australia that are prone to higher average temperatures. As well as the fact that extreme heat kills more Australians than any other natural disaster.

Severe weather conditions are now the norm; Australians see devastating fires, flooding, hail, and heatwaves all in the same year.

And these extreme conditions have a well-documented effect.

If not shocking enough on an individual level, the treatment of mental health - one of Australia's leading health issues – costs the tax payer over $5 billion dollars a year. With the estimated costs of loss productivity from those suffering a mental health issue at $2.7 billion.

These issues don't just affect the individual. Studies show a link between extreme heat and increased instances of domestic violence and aggressive and antisocial behaviour.

Also to be taken into consideration is the death toll of those taken by extreme weather and their friends and family who are left behind. In the lead up to the 2009 Black Saturday bushfires in Victoria, the heatwave, which lasted a fortnight took the lives of nearly 400 people, while the fires themselves claimed 173 lives, with 414 people suffering injuries. This adds up to close to a thousand people grieving or caring for loved ones, with many families now missing not only their breadwinner, but their house and possessions as well. This statistic becomes worse still with the knowledge that instances of catastrophic fires are predicted to double by 2020 and by 2050 Victorians will be at risk of fire one in every two and a half years – a drastic change from the current one in every thirty-three years. 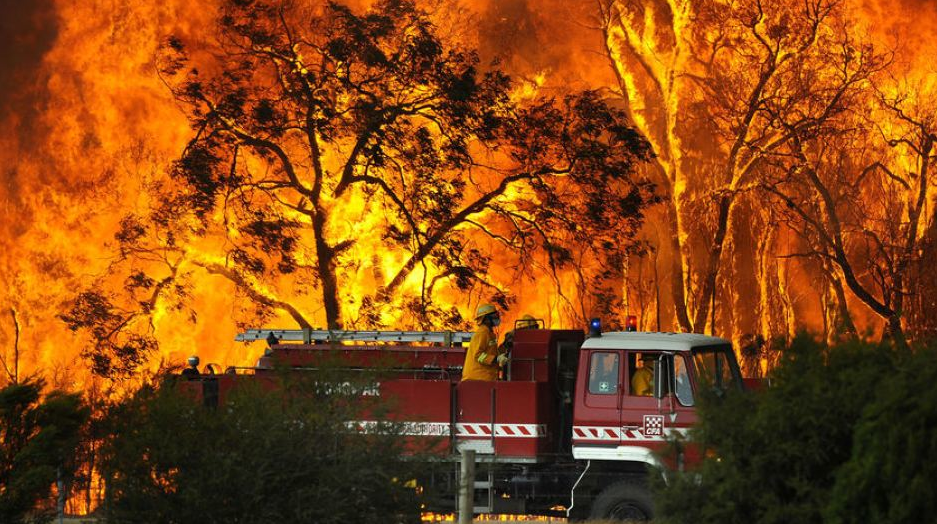 Money is consistently a leading cause for stress in our personal lives and is often found to be the number one issue fought about by couples. During times of drought, rural Australian agricultural workers are at high risk of losing their jobs. A study found that during drought periods in 2004 up to one in four rural workers lost their form of income. As well as job less, extreme weather causes our cost of living to rise, with the average household bill rising 12% during the same period of drought. In fact, between September 2005 and September 2007 (in which time we saw cyclone Larry and devastating drought) the price of many common foods increased by more than 12%. The cost of a loaf of bread rose by up to 40 cents, a dozen eggs by 50 cents, a litre of milk by 20 cents, and a kilogram of cheese by $1.26 dollars.

As one farmer put it,

“Drought isolates us through a slow strangulation, leaving our moods bad, our self-esteem low and decision making difficult”

Climate change is without doubt, upon us. Governments worldwide continue patterns of feigned ignorance and inaction and as a result our generation will begin to see the consequence of these choices and the crippling societal effect they'll have. While species around us go extinct, the black dog will thrive.

READ THIS NEXT: The 'uglies' and the rise of wonky food

READ THIS NEXT: It's time for Australia to rethink how we take out the trash