This City Is Banning Natural Gas To Reduce Its Carbon Footprint

Bellingham, a city in northern Washington state, is making major changes to reduce the city's carbon emissions. And now the City Council is hoping to ban natural gas used to heat homes.Council is putting this new plan up for consideration, following a series of other city-wide changes that are helping to decrease Bellingham's impact on the environment and climate. The city launched its first climate action plan over a decade ago. Bellingham has already converted to low-power LED street lights and is taking other city-wide measures to reduce their impact. The results are positive; they've managed to cut government greenhouse gas emissions from the year 2000 to now by more than two-thirds!

But the proposed ban could be the biggest change yet for the city. Eliminating natural gas in homes could reduce each household's pollution levels significantly, and if multiplied by the 90,000 residents of the city this change could have quite a significant impact! If it is passed, the city intends to increase clean energy usage like hydropower, since Bellingham is located near the Pacific Ocean. 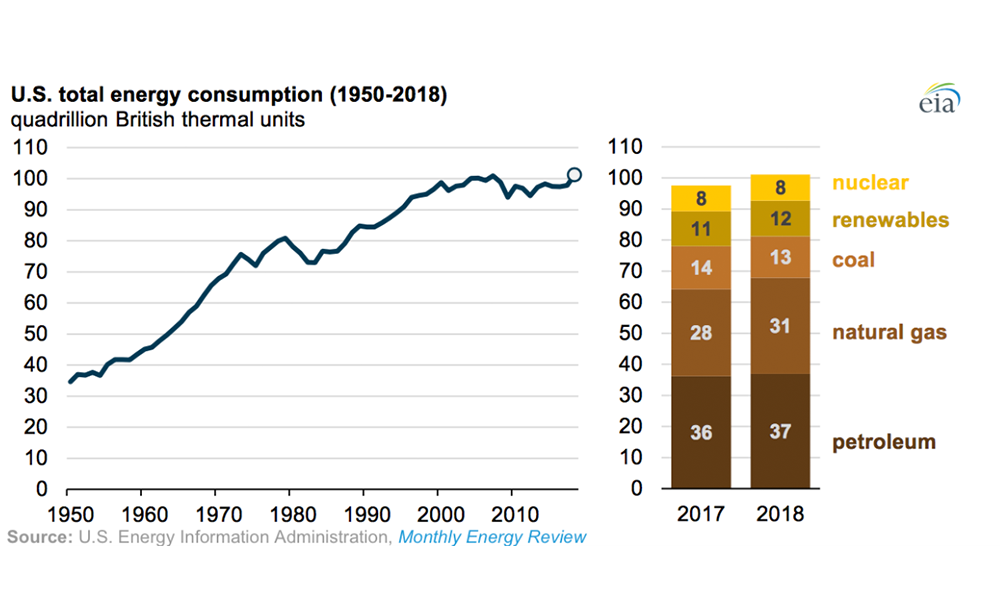 Banning natural gas is still up for debate. Some groups do not think this switch would be beneficial, the business community in the city is against the proposed ban, and is planning to spend $1 million USD lobbying against it to support the continued use of natural gas.The ban would involve an investment in renewable energy which would cost the city, but it won't be in place until 2035, so the change will happen over the next 15 years. Over this period, many gas powered appliances like boilers and heat pumps will need replacing anyway, and natural gas cooking appliances would still be allowed under the proposed ban.

Natural gas has often been promoted as a cleaner solution to using coal for electricity, and is now the number one source of power within the U.S. The drilling and extraction process and its transportation in pipelines causes methane leaks which adds to greenhouse gas emissions. Natural gas extraction involves fracking, where a company drills into the ground and then injects a combination of water, sand and chemicals to break down the rock and let the gas flow freely. The mixture can contaminate underground drinking water reserves too. Recently, there was public outcry against proposed natural gas pipelines in the U.S, including the Dakota Access Pipeline in 2016 that was planned to run under Lake Oahe in the Standing Rock Indian Reservation, and could have leaked and threatened the drinking water and farmlands in the area. So, natural gas isn't as clean as its supporters promised it to be.

Here are some ways that you can support the residents of Bellingham fight for the ban on natural gas, as well as ways to support clean energy within your lifestyle:

Tip 1: Call, email, or write to voice your support of this ban. If you live in Bellingham, this is especially helpful, but you can share your thoughts whether you live in the U.S. or not!

Tip #2: Demand that your city move towards using more renewables, either by writing to your representative or senator, writing a letter to the editor of your newspaper, campaigning, or protesting.

Here is a link that describes how to figure out who your representative is, and gives tips. We also have tips on letter writing tips in this blog post.

View this post on Instagram
Yes! It's so good to see so many people are writing to their local MP's. We're all angry, frustrated and devastated about these fires, but that means we have the perfect opportunity to channel those feelings into action. We all need to write to our local MP and demand climate action so we don't see our fire seasons getting worse. It's their job to represent our voices in parliament, so let's make sure they can hear us loud and clear, and let's finally get the action we need. We've got a guide on how to write your letter at the link in our bio. Post a story or a pic of it tagging us and the hashtag #fireback and we'll share it! Thanks @happyhobbit1 for everything you're doing! 💚✊
A post shared by 1 Million Women (@1millionwomen) on Jan 6, 2020 at 1:53pm PST

Tip 3: Make the personal switch to clean energy by installing solar panels at your home.

Although it can be a big upfront payment, often they pay themselves off within a couple of years and you save on energy expenses in the long run. Some people even generate enough energy that they can sell it back to their power company and make a profit. Many studies have shown that households can save $275 per kilowatt of energy created, which saves approximately $1,400 a year on energy costs. If you generate more energy, then you will save more! Plus, if you generate more solar energy than your household needs, you can sell it back to the company to make an additional profit. A good system will pay the initial costs off in 3 to 5 years, and then can generate a profit of as much as $35,000 over the life of the system. So it's good for the planet and your purse!

If you are based in the U.S. and have questions or concerns about the switch, this website will help clarify things. For Australians, this resource gives good advice.

Tip 4: The best way to reduce your carbon footprint is to use less energy, period.

No matter whether you're using clean energy or not, reducing your energy consumption is always beneficial for the planet. It can take lots of small lifestyle changes, but it will pay off in the end.

Here are some suggestions of little things you can change:

Read this next: You're Not The Only One Feeling Helpless. Eco-Anxiety Can Reach Far Beyond Bushfire Communities