China wants people to eat less meat, and the planet will benefit

When I think of Chinese food, my mind goes straight to things like pork buns, duck, and beef strips in hoisin sauce.

This in mind, I was a little surprised when I saw the news that China's new dietary guidelines include the recommendation to reduce meat consumption.

The good news is that this has the potential to have positive impacts on public health and the environment. Less meat consumption means less meat production (or at least slowed growth of the meat industry), which means fewer resources and energy and less greenhouse gas emissions by the industry.

According to The Washington Post, the new guidelines suggest limiting meat, poultry, fish and dairy consumption to 200 grams daily. It's hoped that the new guidelines will curb the increasing and unsustainable rate of meat eating in China, a significant area of concern for the UN's Food and Agriculture Organization.

To put it in perspective, China's meat consumption in 2015 was around 62 kilograms per person, while the new guidelines would limit this to around 27 kilograms.

But before you go pointing the finger at China, take a look at how much meat the rest of the world eats: 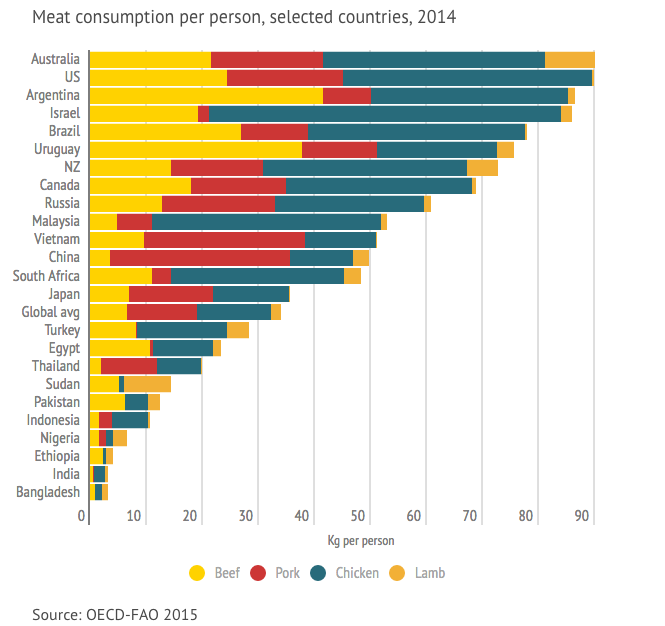 Yup, Australia is the largest consumer of meat per capita in the world, followed by the United States.

Australians devoured 90.21 kilograms of meat per person in 2014, 170 grams more per person than the Americans.

In regards to health, on average people in industrialised countries such as Australia and the US eat twice as much meat as is deemed healthy by experts, which is leading to an increase in diseases such as obesity and Type-2 diabetes. These health issues have an associated social impact and cost, such as more money needed for public hospital care, and people needing to take time off work to deal with illnesses.

READ THIS NEXT: Locavore or vegetarian? What's the best way to reduce climate impact of food? 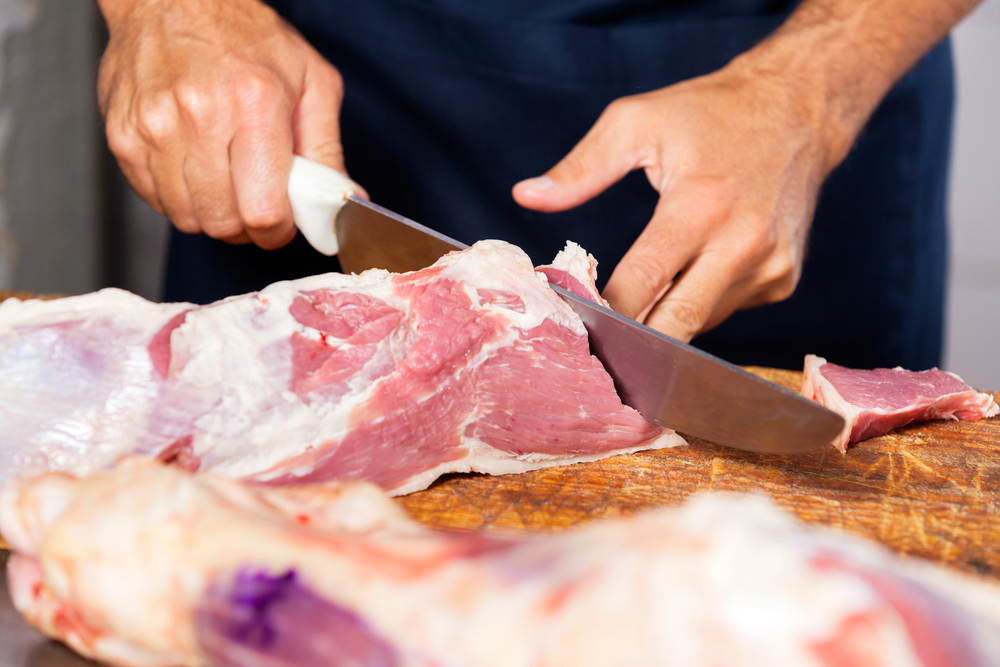 So why does it take so long for governments (such as China's) to take action and start encouraging people to reduce their meat consumption?

The Chatham House report suggests that fear of public backlash against any attempts to intervene into dietary choices is a driving factor. At the same time, "low public awareness means they feel little pressure to intervene".

The way forward, therefore, is for governments and educators to work together to provide information to the public in order to assist informed decision-making when it comes to meat consumption. Not only would this have a significant impact on global carbon emissions, but would also reduce stress on land and water resources.

However, a cultural shift will need to take place if we want to reduce our consumption of meat around the world.

Calculate the environmental benefits of reducing your meat consumption with this interactive tool.

Considering reducing your meat consumption? Check out 1 Million Women's guide on adapting to a plant-based diet

What do you think? Let us know in the comments below!