Can We Feed The World And Stop Deforestation? Depends What’s For Dinner

It’s a tricky thing to grow enough food for a ballooning population without destroying the natural world. And when I say a tricky thing, I mean it’s one of the greatest challenges humanity has ever faced.

Luckily for us, it is theoretically possible, and the easiest way to get there is by drastically cutting down on meat.

We deforest an area the size of Panama every single year. Across the world, food is the number one cause of deforestation, especially our taste for meat.

But it doesn't have to be this way. Researchers recently modelled how the world could feed itself in 2050 without converting any current forests into agriculture. They tested the outcome under 500 different scenarios that varied according to realistic assumptions on future yields, the area needed for farming, livestock feed and human diets. They found that "deforestation is not a biophysical necessity".

"While a wide range of feasible options to feed a no-deforestation world were found, many only worked under certain circumstances," said Karl-Heinz Erb, lead author of the study, published in Nature Communications. 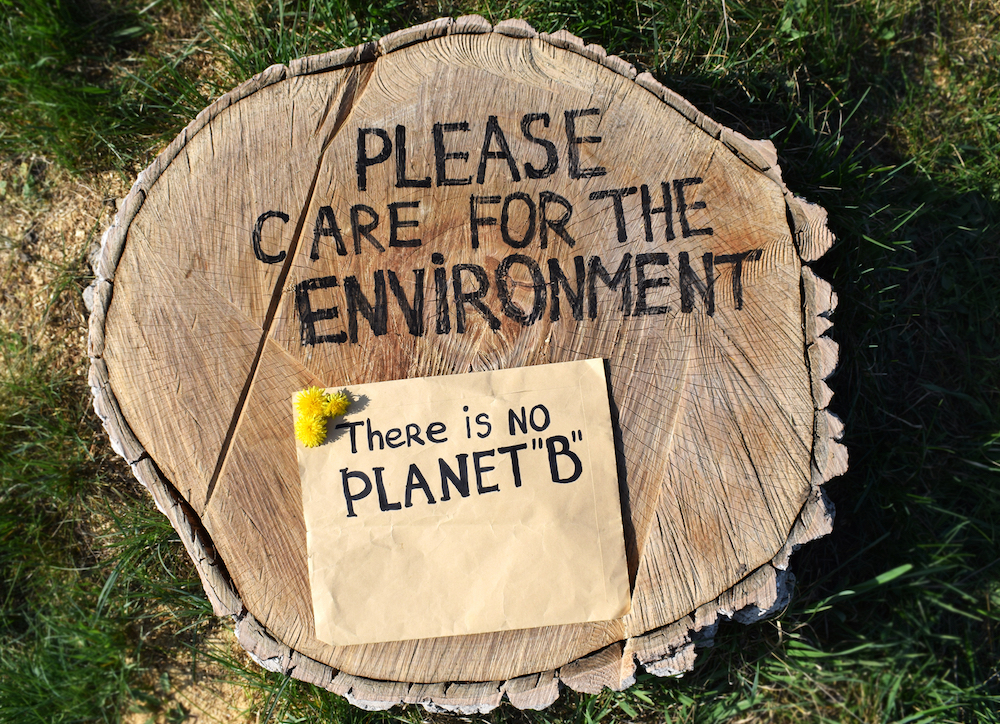 For example, meat-heavy diets were not compatible with lower yields similar to those under organic farming, or under the potential negative effects of climate change. Of all the variables involved, the feasibility of feeding the world with no deforestation is more dependent on what we are eating, than on how well we farm.

"The only diet found to work with all future possible scenarios of yield and cropland area, including 100% organic agriculture, was a plant-based one," Erb said.

Even better: if we all woke up vegan in 2050, we would require less cropland than we did in the year 2000. This could allow us to "reforest" an area around the size of the entire Amazon rainforest – somehow fitting considering 70-80% of deforestation in the Amazon is due to the livestock industry.

In second place, the vegetarian diet was compatible with 94% of future no-deforestation scenarios. Going veggie would also save on cropland, allowing for an area around the size of India to return to nature. 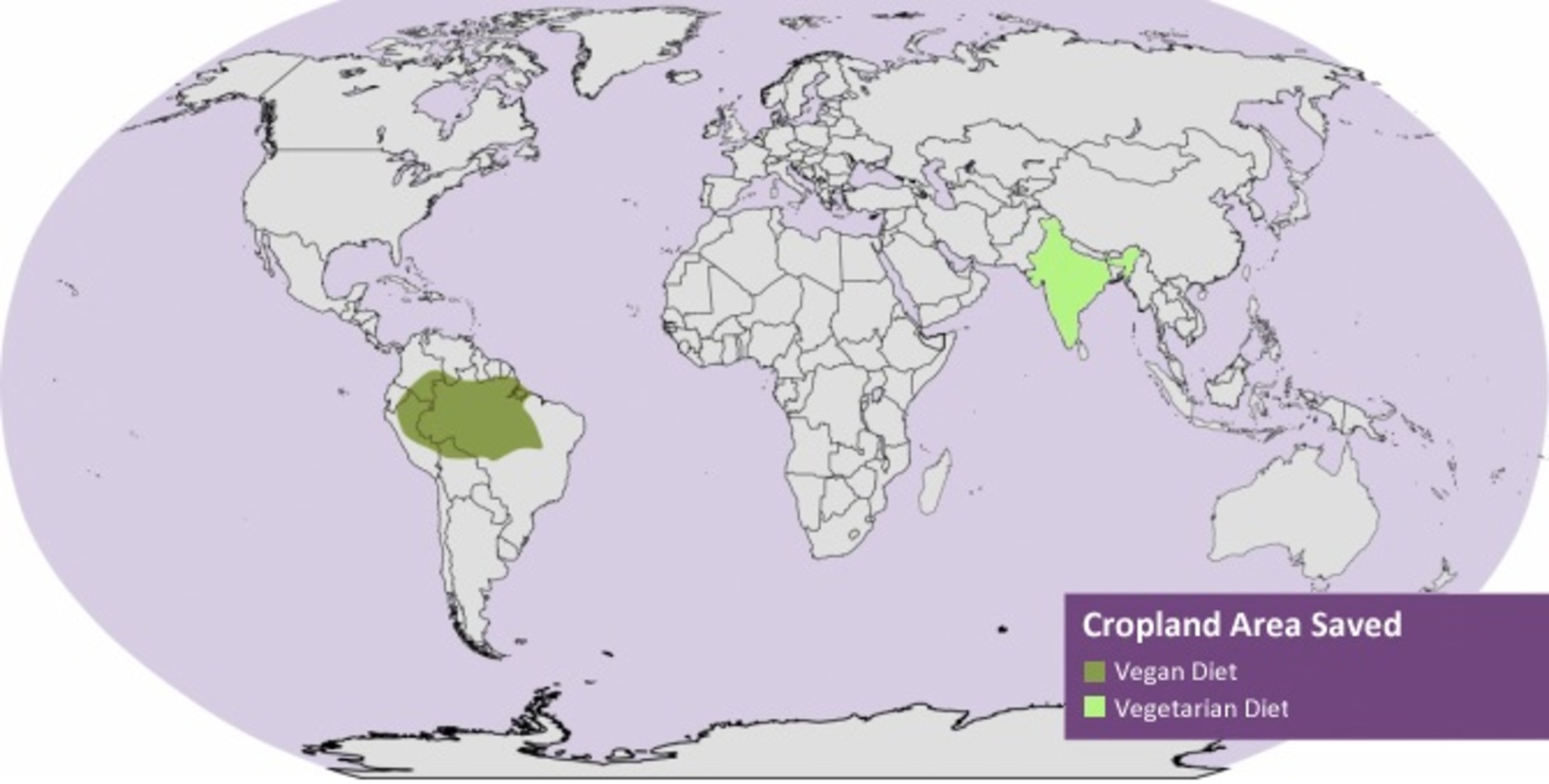 This land-saving makes sense when considering the conversion rate between the grain that we could have directly consumed but instead feed to livestock. For example, in the US, it takes an astounding 25kg of grain to produce 1kg of beef, pigs require a grain to meat ratio of 9:1 and chickens, relatively less wasteful, are 3:1. As renowned ecologist Hugh Possingham put it: "Just stop feeding grain to animals – don't eat something that ate something that you could have eaten."

Plant-based diets are particularly impressive when compared to those that are rich in meat, which would require a 50% increase in global cropland area by 2050. In order to achieve this with a chance of no-deforestation, we'd have to convert lots of pasture to cropland and substantially increase yields, likely through using chemicals. But both conversion and intensification generally degrade ecosystems and lead to less biodiversity.

Overall the new study found that a meat-eater requires at least double the resources of a vegan or vegetarian.

The study also links to the basic availability of food, one of the main pillars of food security. As people, especially in the Western world,eat less meat, the global demand for grain is reduced – for example, the US could feed 800m peoplewith the grain currently fed to livestock. Less meat consumption would mean more food is available in poorer countries which could enjoy becoming more self-sufficient.

With other recent research showing that reducing our meat intake could result in two thirds less food-related CO2 emissions, and save millions of lives there are few excuses left to justify having meat at every meal.

Most of all, this study brings some much needed good news. In a world where environmental issues are often overwhelmingly depressing, where it seems monopolies that are out of our grasp run the show, here we have a pathway to a healthier, greener and more equitable world. And it's quite literally handed to us on a plate. As the researchers of the study noted: "We are cutting back on meat, mainly as a result of this study." And that's the beauty of this approach, it doesn't have to be all or nothing, vegan or carnivore. Eating sparse amounts of meat, the path of the "carnesparsian", can have a huge impact – on your own health and that of the planet.

Read this next: How To Reduce Your Food Waste To Zero