This is a guest post by US Artist Michael Dryland

I went down in Los Angeles in October 2014 to take some photos for a friend. I was really looking forward to this trip because I wanted to try my hand at surfing. One night it started raining really hard. When I woke up the following morning I asked my friend when we could go out and they said "Are you crazy? No one goes in the water after it rains, you could get MRSA, hep C, respiratory infection..." I was shocked.

Because it rains so infrequently in LA all the sewage, garbage, oil and even human fecal matter runs right down the streets, into the sand, and right into the ocean. During a typical rain storm as much as 10 billion gallons of rain runoff goes into the ocean. 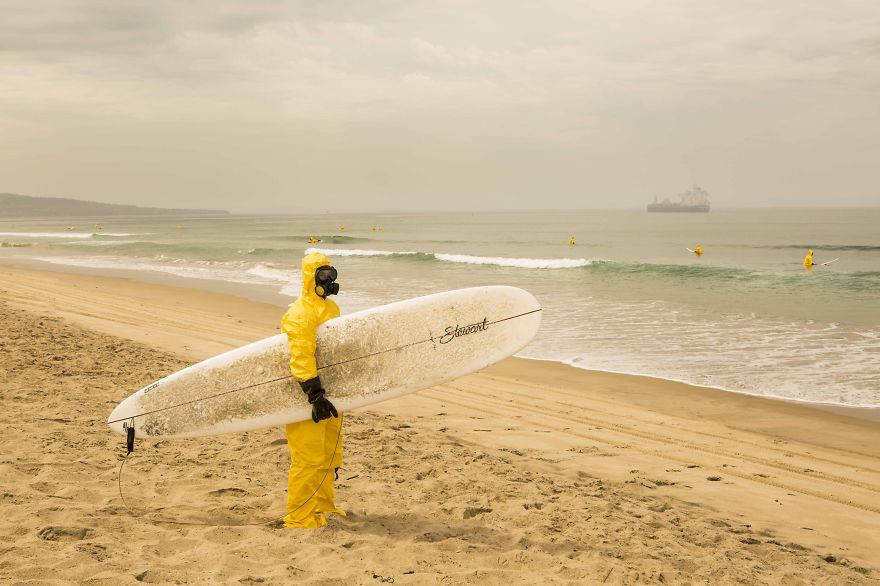 Not being able to go into the water for three days was crazy and as a photographer I wanted to try and bring awareness to this issue in a creative and visual photo series and came up with the idea HAZMAT Surfing. 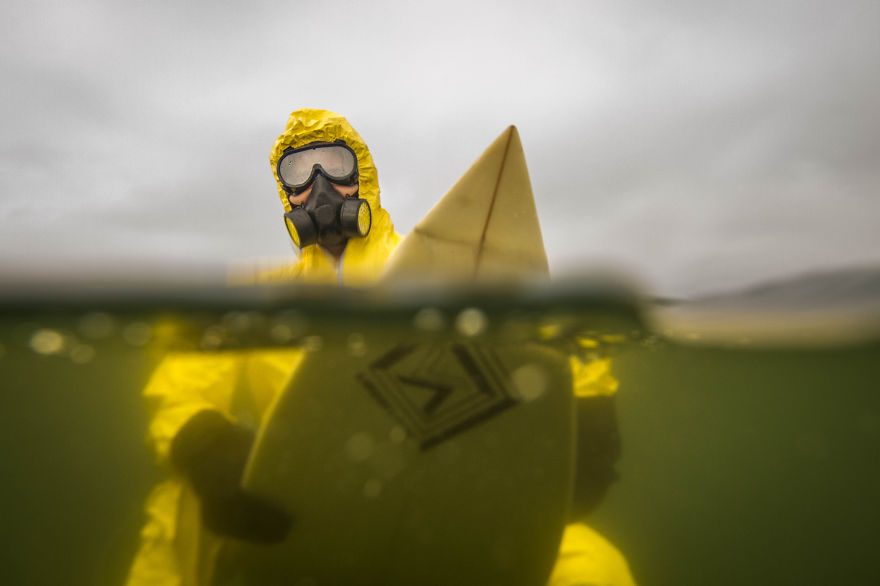 I think if we continue with this trend we are in right now, 25 years from now people will have to throw on a hazmat suit to go surfing in order to protect themselves from all the contaminates and pollution in the ocean. 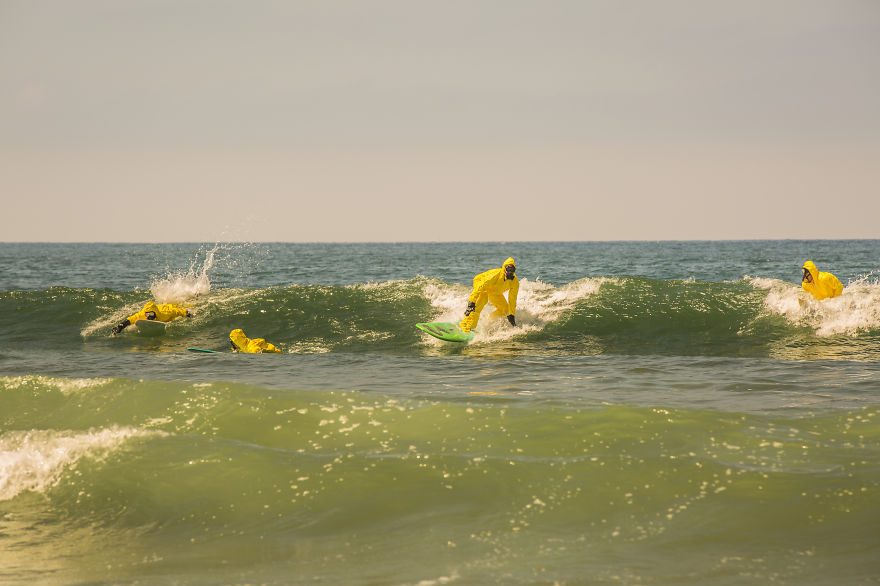 I think by providing people with an image that is dynamic, realistic, and eye catching you've created a great way to start the conversation. People see the photos and ask why? Which then leads to a conversation about ocean water conservation, global warming, or something of the like. We have to start somewhere. 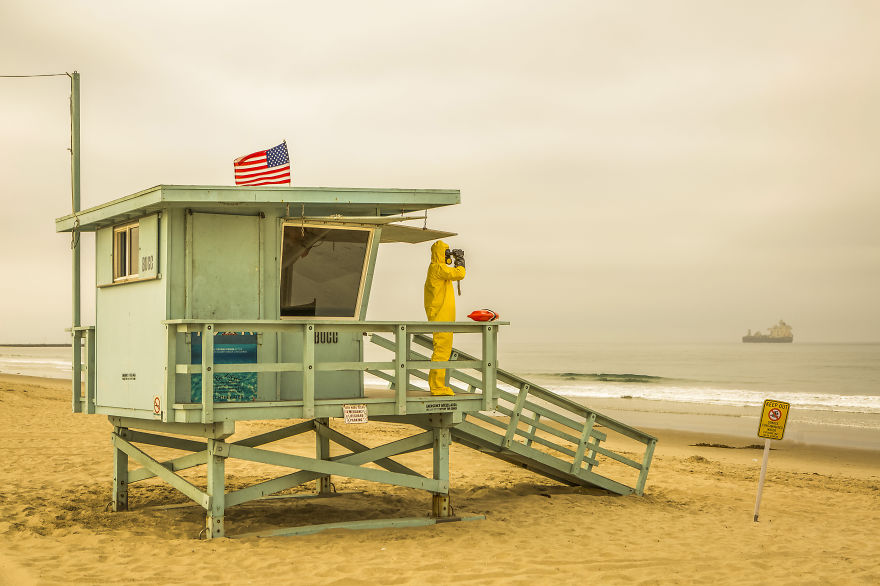 I hope that people will take away the message that change starts small. Picking up trash at your local beach or in the streets, washing your car at a designated car wash instead of letting it run into the storm drain, and small things. You don't have to take big drastic steps to make change happen. A lot people doing small things creates big changes 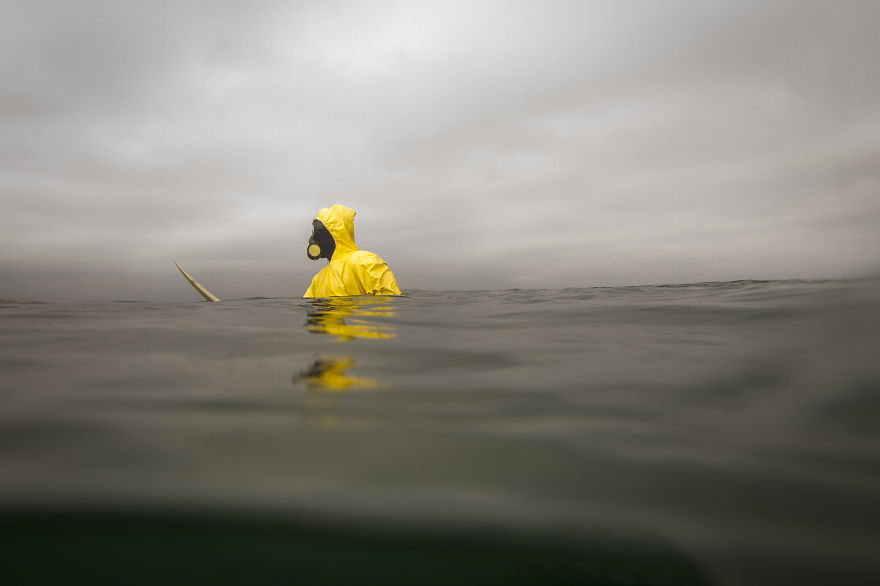 This is actually my second project with a social message. My first was a video titled "Change is Coming".http://www.tetongravity.com/video/snowboard/change-is-coming It is about global climate change and the effect the mild winters are having on the winter sports/ski industry.

READ THIS NEXT: Artist Kate Powell on women, climate change and protecting our planet