I get the feeling Arnold Schwarzenegger is pretty sick of people asking him to say “I’ll be back.”

So I'll do my best to avoid puns of the Arnie-franchise persuasion. To be blunt, he's is on a mission to terminate the myth that protecting the environment will hurt the economy.

While doing the rounds and attending interviews, throwing out one-liners to throngs of eager reporters and smiling (ever so slightly menacingly) at waves of cameramen, Arnie had a sit down with The Project and had a few things to say about our approach to environmentalism. By 'our' I mean a lot of people in this world.

During his 2003-2011 term as Governor of California, Schwarzenegger passed the first emissions trading scheme in the United States, so he's no stranger to environmental activism. While not everyone agrees with the bodybuilder turned actor taking a swing at politics, you can't deny that his public platform is huge – and anyone willing to talk passionately about saving the environment is fine by me.

“In order for us to be successful the whole world has to work together… So I’m on a mission, I’m on an environmental crusade to go and motivate everyone to go in that direction.”

Using his emissions trading scheme as an example, Arnie pointed out that even after tough environmental laws were put in place, California's economic growth was still well ahead of the national rate. So there is no argument to be had against Arnie when it comes to environment vs. economy. I wouldn't really want to argue with him anyway… 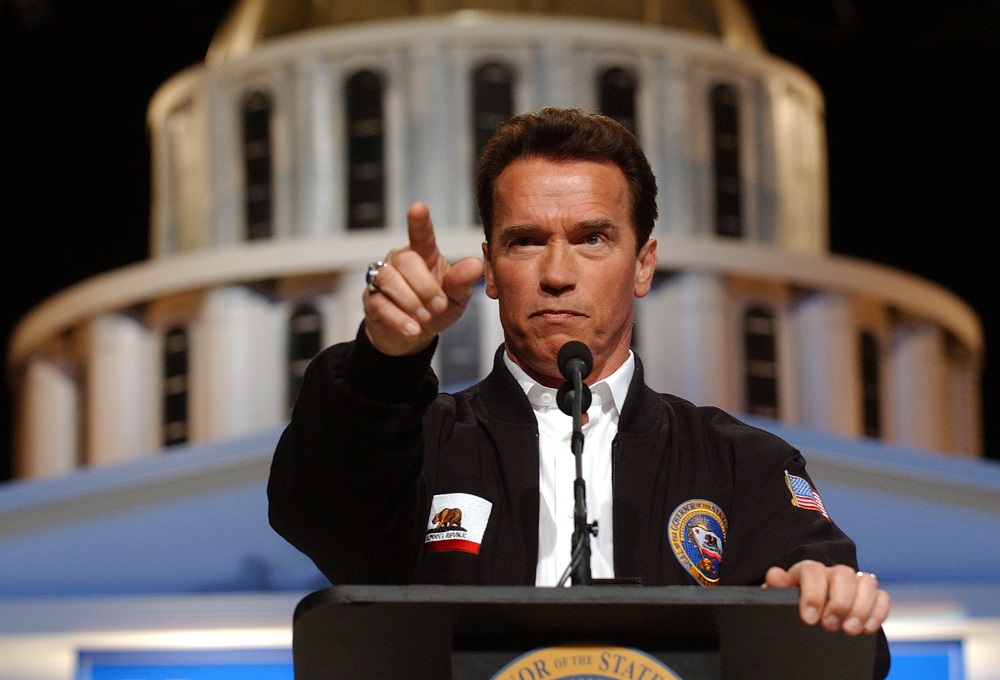 “Going green and protecting the environment did not hurt the economy, it’s a bunch of nonsense.”

Right on Arnie! If the myth bleeds, we can kill it.