This year at 1 Million Women, we want to drill down and really start taking the big actions. All those things we've always thought about doing, but haven't quite got to, because it can mean a lot of life admin, or just other parts of life have got in the way. We're going to take the big actions because some of these things have the biggest impact, and when we're seeing what we're seeing right now in Australia, big impact is what we need. We need our bright, renewable, safe climate future, and we need it fast.

One of the things we're taking on this year, is switching our power.

Our movement needs to take our power into our own hands this year. Every time we switch on the light, most of us are producing carbon emissions, because the electricity that powers our lights was created through the burning of coal. You know, that big black rock that Scomo says we shouldn't worry about, that's actually causing 18% of Australia's emissions (more than both transport and agriculture)?

There are already energy companies who are supporting and supplying renewable energy. We could have millions of us switch our power over this year, and imagine what that would mean! Then every time we charge our phones, or cool off in front of the fan, we can know that we're not producing any carbon pollution in the process.

Note: Usually, it would probably make sense to put this at the end, but I'm letting you know right now before you stop reading, that you shouldn't stop reading, because switching energy providers is really NOT too much to think about! All you have to do is call your chosen new energy provider, and they want you on board so much that they will do EVERYTHING for you. Everything. Now that we've cleared that up, we can tell you everything else!

We're so excited to announce that to kick all of this off, we're partnering with the power company of our dreams in NSW and (and soon to be South East QLD!) They're called Enova Community Energy.

Here's why they're the power company we've always dreamed about:

We want a future where our lights, our dishwashers, our fridges and heaters are powered by free, renewable power that comes from the sun, from the wind, or from flowing water. Not from digging up carbon (in the form of coal, that needs to stay in the ground) and burning it.

What's more, we love the idea of having power that supports one another - people in the community, and not some big rich energy provider who isn't looking out for our best interests. There's more rooftop solar in Australia than there is anywhere else in the world. Lots of us have extra power to share around, and we love that we could be helping out our neighbours who have done something awesome by getting solar on their roof. And we LOVE the idea of getting money off our own electricity bills because our own solar systems are feeding back into the grid. And there are now even ways to be producing solar, even if you can't put panels on top of the place you live (we'll get to that really soon!)This is what Enova means when they call themselves 'Enova Community Energy'. It's energy created by our community, for our community, and the money comes back to us, circulating locally to create stronger communities and regions.

Enova are supporting communities to power themselves with renewable energy that is locally generated, stored, and then distributed. They're doing this by creating things like 'solar gardens' and 'microgrids'.

We can think of a solar garden sort of like a community garden. Say you don't have a backyard to grow your own fruit and veggies, or use your compost. So, you go off and do it all at a community garden! A third of households in Australia are locked out of the opportunity to have solar panels, but you know what, that doesn't mean you can't have solar, just like not having a backyard doesn't mean you can't grow your own fruit and veggies. People who rent, or small businesses can buy solar panels, which will go onto the roof of a participating office building or similar - and suck up all that good sunny energy. And even though it's not on your roof, you put that solar panel there, so you reap the benefits, in the form of money off your electricity bill. Enova launched their first ever solar garden in December last year, and they need our support as customers to keep rolling them out! 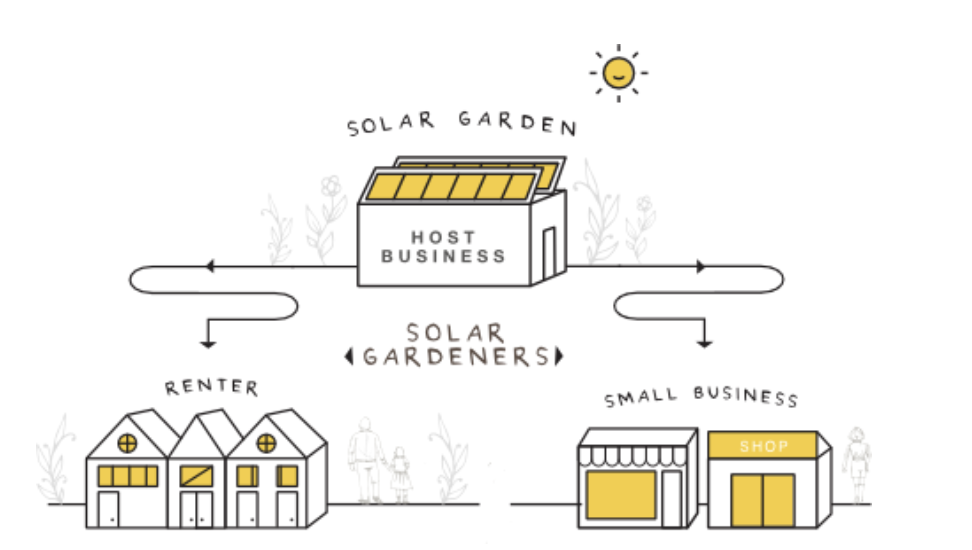 A microgrid is a little electricity grid powered by a group of producers (usually people with solar) all in the same neighbourhood. People who don't have solar panels can also be a part of the microgrid - they'll be getting electricity from their neighbours who do have solar panels. Everyone with panels will use their power, but any excess will be put back into the microgrid, and can go out to people who don't have panels themselves, or who haven't produced enough electricity through their own solar panels that day. Enova is currently supporting a pilot microgrid in Byron Bay, aiming to figure out how much cheaper it is to get electricity from nearby sources than it is from afar, and how much consumers and producers need to be charged. You can read more about it here! 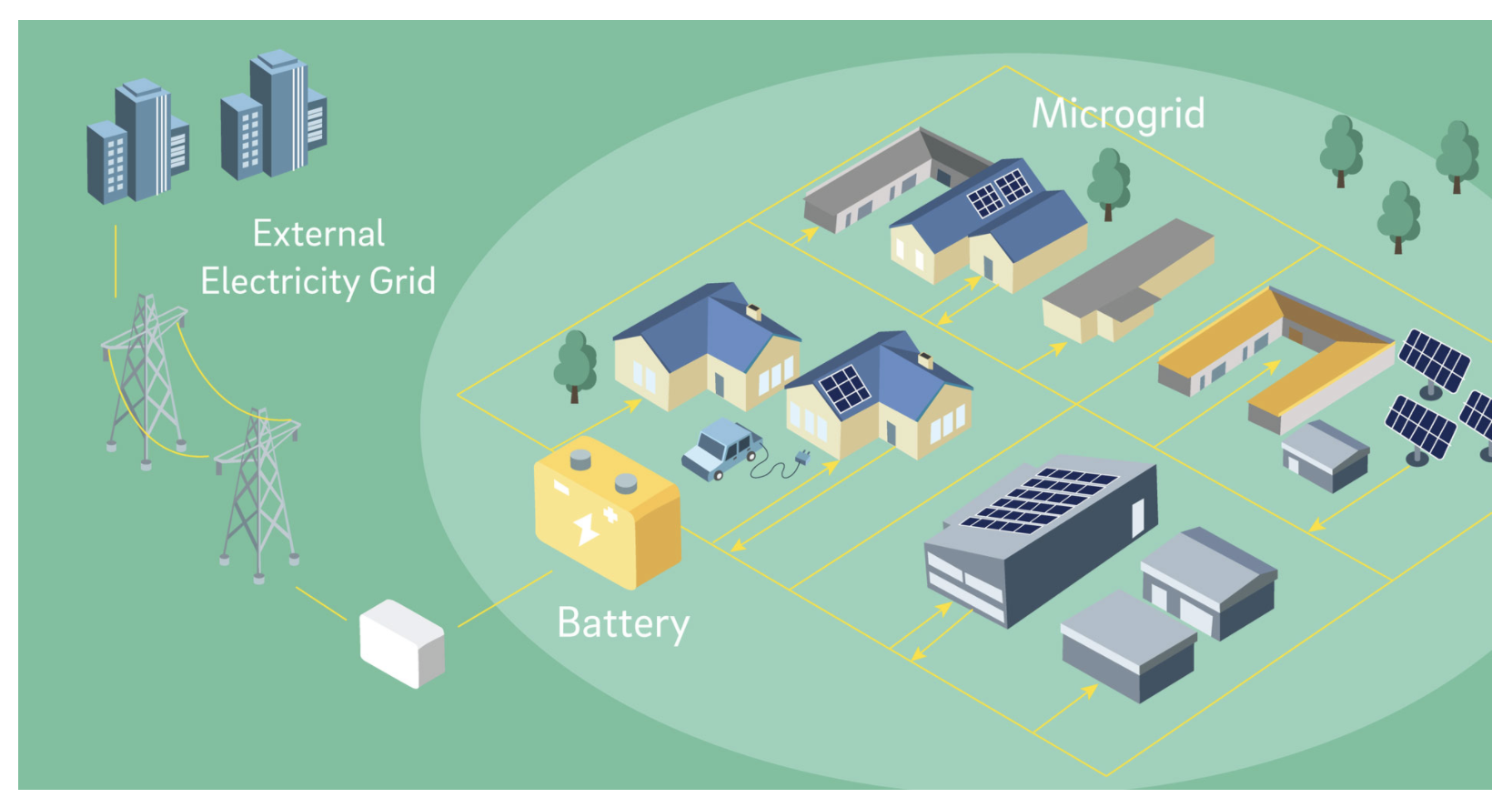 So anyone can sign up with Enova - sign up as a solar producer and save money, or sign up as someone who doesn't have solar, but wants to support the renewable revolution (and maybe one day have a solar panel in a solar garden. 🌞) Like we said above, it is so, so easy. They will do everything for you, from telling your old electricity company that you're closing your account with them, to connecting you up - the lot! All you have to do is make that initial step of letting them know you're interested, and one of their lovely team members will be in touch to help guide you through the process and answer any questions. There's really no where near as much thinking and effort involved in it all as what we all believe.

So what are you waiting for? Give them a call, and get on your way to feeling good about flicking on the lights every time!

We hope you'll consider looking into where your electricity is coming from, and if you're in NSW, make the switch to Enova! At the moment, for every person who makes the switch, Enova Community Energy will donate $50 to 1 Million Women to help us build our movement. Plus as an added bonus, you'll get a $25 credit on your first Enova bill!