Ever wondered how those carrots made their way to your local supermarket?

We've been thinking recently about eating locally and cutting down on food miles, but have you ever wondered where our food originated, away back before humans were transporting different kinds of produce across the planet?

A mammoth study connecting researchers across the world has tracked the ancient origins of the contents of your fruit bowl and vegetable crisper. What the data reveals is that many countries today rely on crops that are actually native to regions on the opposite side of the globe.

We commonly associate foods with countries, from the tomato with Italy to the potato to Ireland, but are these plants actually native ingredients? As the Washington Post points out, "Corn, for instance, comes from a diversity region in Central America but has since become a major food item all over the world."

Check out the incredible infographic below to track the origin story of your favourite fruit or vegetable: 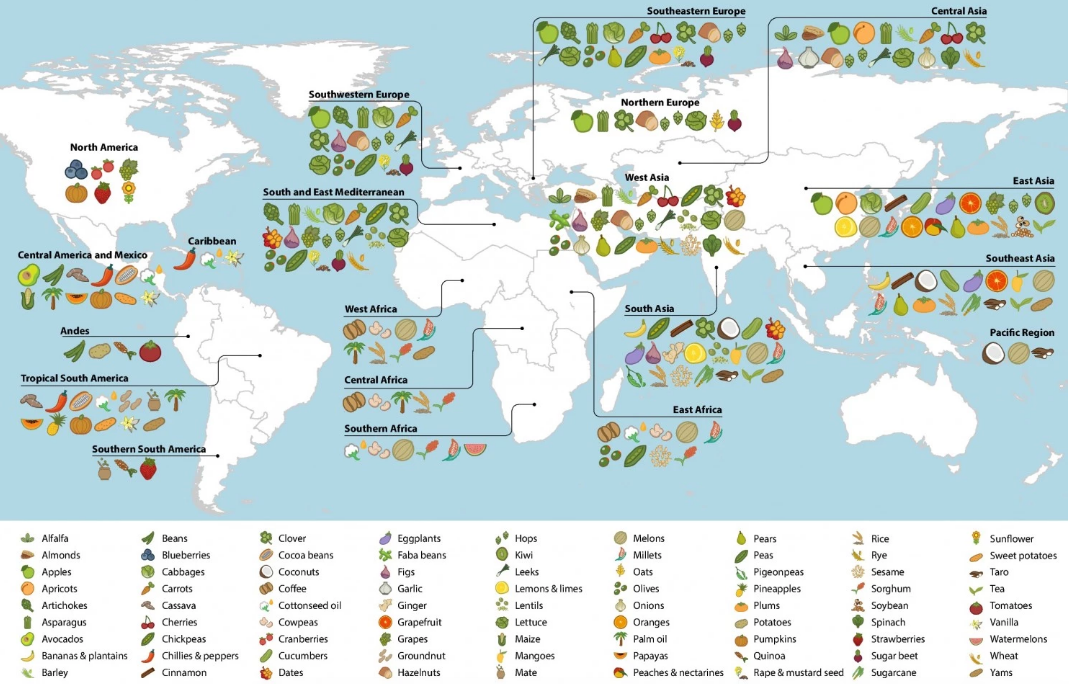 So why is this important?

As global warming and a growing population put pressure on food security, it is now more important than ever before to understand how to protect crops and crop diversity.

It's also important for countries such as the United States, Australia and New Zealand, which all heavily rely on foreign crops and food imports. These areas are located far away from the regions where staple crops such as potatoes are grown. In the US alone, almost 90 percent of the food supplied or produced falls into this category of "foreign".

"These [plants] are actually some of the other organisms in the world that we've had the greatest connection to or relationship to over time."

Studies such as these are also important for identifying how we can maintain food production in cases of extreme weather such as drought and spiking temperatures, such as we have seen around the world in recent years. Furthermore, it emphasises the need to prevent species loss through deforestation, pollution and chemical accidents.

READ THIS NEXT: Are Farmers Markets & Food Stalls Better At Avoiding Waste Than Supermarkets?