More Than Half Of The World's Seabirds Have Ingested Plastic. This Woman Is Trying To Change That.

Dr. Jennifer Lavers has visited some of the most far-flung and remote places in the world, the ones barely on the map. But no matter how far Lavers travels from civilisation, she always finds evidence of a society reliant on plastic – often in the bellies of decomposing seabirds.

Laver's describes seabirds as the, "quintessential underdog". These birds spend majority of their time out in the big blue, where they're out of sight and out of mind. But dedicated researchers like Jenn are shining a light on the harmful impacts our throwaway culture has on oceanic ecosystems.

For more than a decade, Lavers has been collecting data and documenting on the very real impacts of plastic pollution on ocean-foraging birds. Seabirds act as the "eyes and ears" of the ocean, providing biologists with much-needed information on the health of the oceans. Because of this, Lavers has affectionately coined them the, "marine version of the canary in the coal mine." 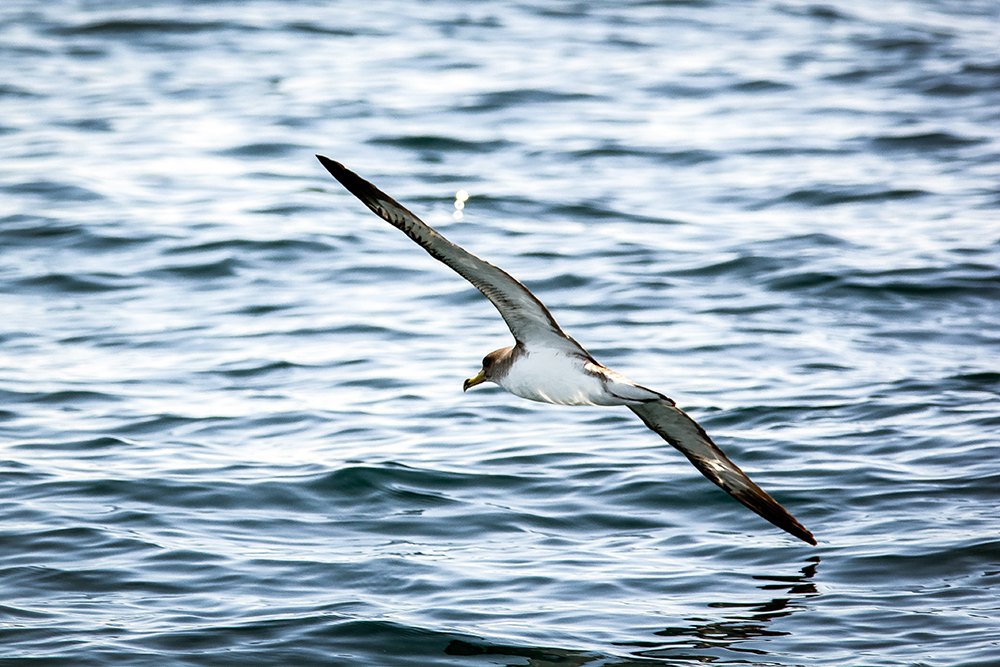 Currently, just under 60% of seabirds have ingested plastic. Researchers predict that based on current trends, by 2050 99% of seabirds will have eaten plastic. Statistics like these are ones that many of us have heard before, and if you've seen those heartbreaking images of albatross with bellies full of plastic, it's more than likely that Lavers took it. I contacted Lavers after I saw her in the documentary, 'A Plastic Ocean'. In one scene, Lavers cuts open a dead baby shearwater bird, its stomach bursting with brightly coloured plastic pieces.

I've seen plenty of photos of seabirds that have ingested plastic, but watching A Plastic Ocean, was the first time I'd seen footage. Perhaps it was something about the moving image that made it all the more real, but I found it utterly devastating. More than this, I wanted to know how a researcher like Lavers, who is confronted with these kinds of sights almost daily, continues to persevere. 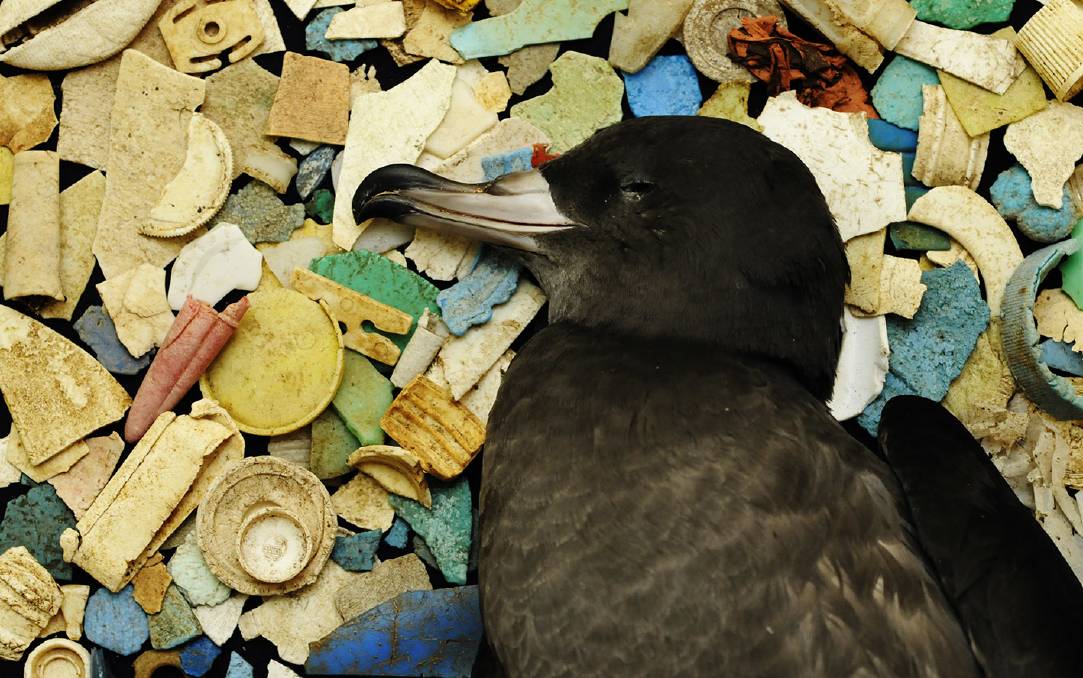 "The events and changes that I'm responsible for documenting should never happen. In the early years, I found this immensely painful and exhausting. Over time, without realising, I've become somewhat numb to my reality. A portion of my brain appears to have switched off, perhaps as a form of self-preservation. However, I re-live some of the trauma each year through the eyes of my field volunteers, who experience immense sadness as a result of witnessing hundreds of pieces of plastic being removed from countless baby birds."

Lavers spoke of a new type of depression that has emerged, often termed 'conservation fatigue'. Medical professionals now offer targeted emotional support for those working in particularly difficult areas of environmental science where the species and spaces they work so hard to protect are disappearing. By embracing a personal analogy, lavers copes with the affects of 'conservation fatigue'.

"In war, the most cherished heroes are those who knew the battle was lost, but fought on anyway because they believed in the cause. That is how I view myself. Not as a hero (definitely NOT my aspiration), but as the person who believes so strongly in her convictions that, even when the war is lost and the outcome decided, I will fight on. Because what else is there?"

Life as a research scientist

Back in 2005, after steaming out to open sea for a week straight, Lavers would step on to a supposedly remote island thousands of kilometres from the nearest city. Rather than pristine white sand, these remote islands were covered in toothbrushes, cigarette lighters and so-called "disposable" razor blades.

“The wildlife I was there to document was forced to go about their daily lives, literally surrounded by evidence of the most careless aspects of human society. People thousands of kilometres away who had never even heard of the island I was standing on, or the bird I was holding, had harmed it. No matter where I went in the world, the story was the same. Nowhere is safe.” 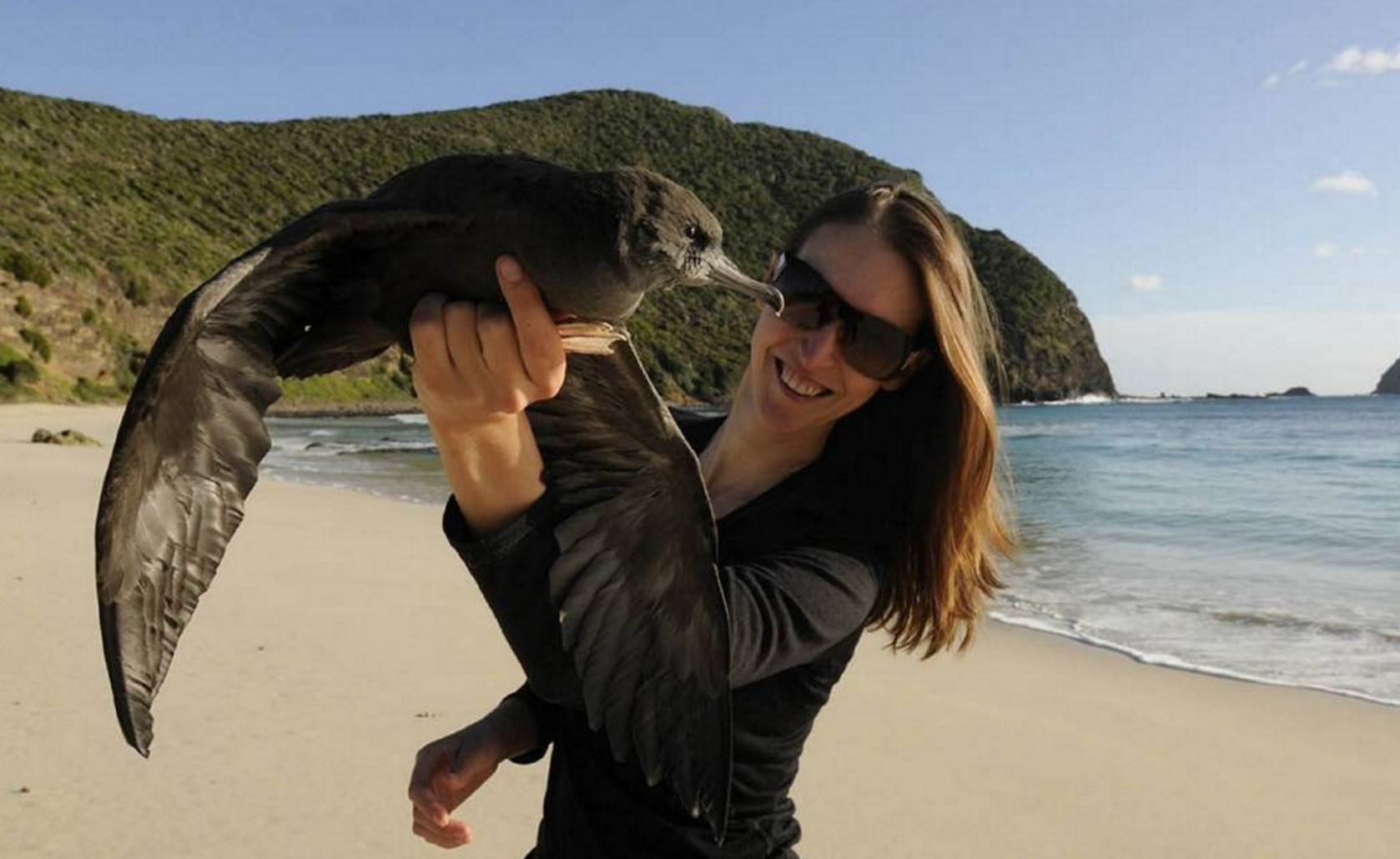 Back then, Lavers was frustrated by the refusal of other scientists, politicians and the public to see what was happening and more importantly, have the foresight to visualise what was to come.

"Ten years ago, no one was talking about marine plastic pollution – it wasn't the 'hot topic' that it is now. It was a non-issue and few were willing to hear otherwise. I was criticised for saying too much with not enough data. I was told we needed to wait to establish plastics as a serious threat. But, what if society were to accept the precautionary principle and do something right away? Before the plastic is everywhere?

That obviously didn't happen, but the good news is: plastic as a "ubiquitous" and "toxic" threat is now widely accepted. The alarm bell has finally been sounded and change is happening. I remain working in this research space because there is much that needs to be done to clean up this mess."

Lavers describe her life as far from glamorous. She spends almost half the year in the field, researching and collecting data. The islands she works on are uninhabited, so Lavers lives in a tent with no running water or power, getting pooped and vomited on by birds. Lavers recently returned from an island in the Pilbara where it was around 40ºC and 100% humidity every day.

The remaining six- eight months of the year, Lavers spends in her office at the Institute for Marine and Antarctic Studies in Tasmania writing scientific papers and reports based on the collected data. Lavers hopes that these documents will provide the basis for new and beneficial policy, such as banning micro-plastic scrubber beads in cosmetic products and plastic bags. 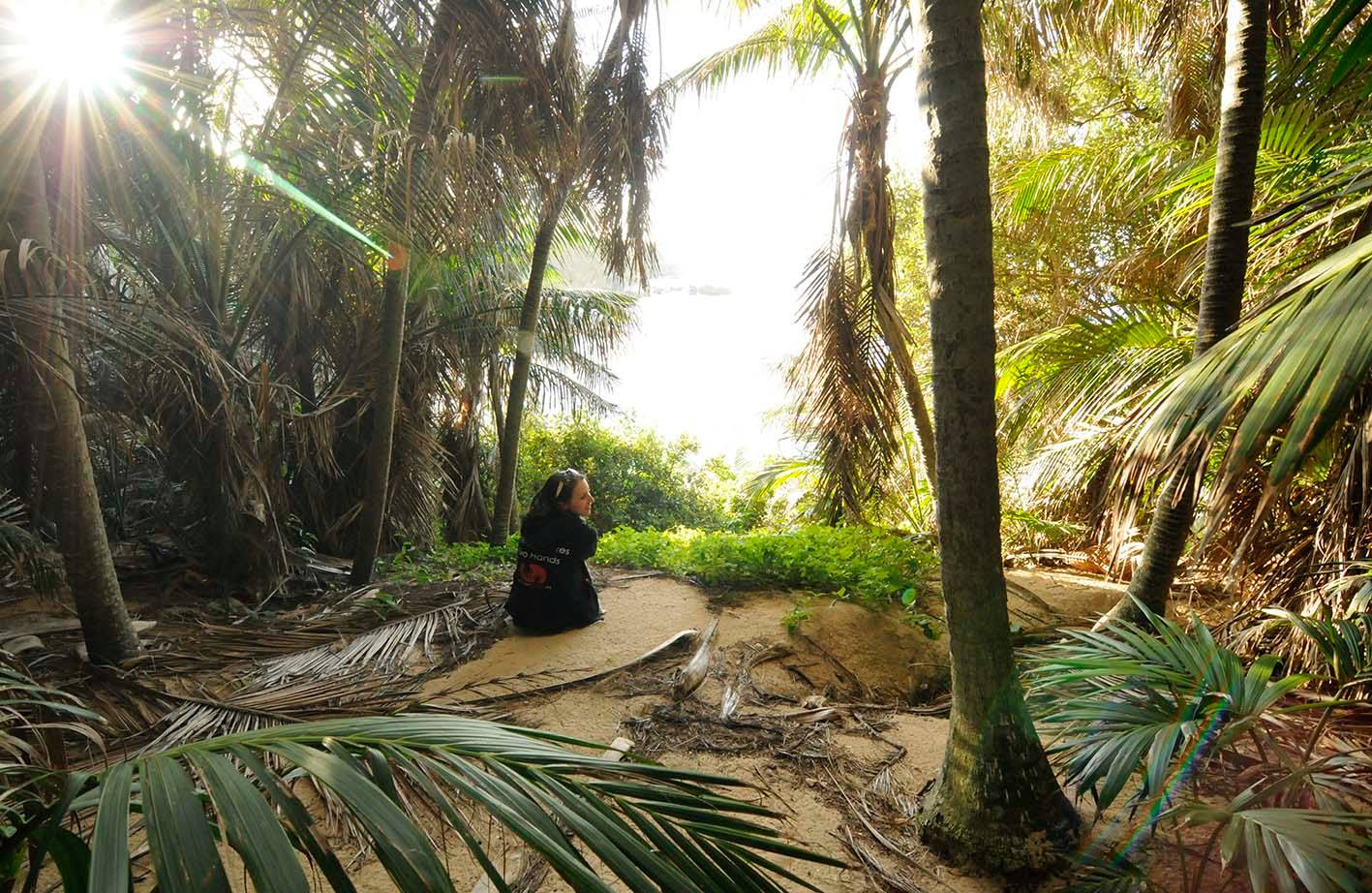 Jenn's connection with nature is one we can all relate to on some level, and a driving force behind why she is in this line of work. Much of her research takes place on Lord Howe Island, of the coast of Australia. Here, on the eastern side of the island is a patch of tropical forest that has become so integral to her life; so much so that Lavers' husband hid her engagement ring down one of the many shearwater burrows that litter the ground.

“The only sounds are the occasional soft ‘peep peep’ noises of the shearwater chicks, 1-2 meters down in their burrows. This is nature, uninterrupted. What I’ll spend the next 364 days waiting and fighting for. This is what an hour with the birds and the pristine palm forest does to you, it moves people.”

There is hope for the hopeless

Lavers believes there are a few key actions we can take right now to tackle plastic pollution. On a larger scale, we need to lobby politicians for change. According to Lavers, "politicians don't listen to scientists" (Because ignoring advice based on sound evidence and data seems like a totally logical move).

"What changes things, and fast, is when the broader public demands it. If we want a clean and healthy ocean, now and for future generations, the government needs to hear about it. Louder and more often."

We need to stop making excuses and pause to reflect on the true impact of the products you purchase. Half of all plastic created is destined to be moulded into products used just once. Simply by refusing single-use plastic we can have a remarkable impact on the world around us.

When it comes to plastic pollution, the future can look pretty bleak. But if someone like Doctor Jenn Lavers, whose life work revolves around the distressing impacts of plastic pollution hasn't given up the fight, then how can we?

Read this next: 15 Practical Tips for Living with Less Plastic