Could you unplug from public water and electricity?

Water, electricity, gas.... we don't have a choice but to receive these utilities from our local governments....or do we?

A woman in Cape Coral, Florida was told that her house was "uninhabitable" and was given an eviction notice, all because she uses rainwater and solar power rather than paying for her city's water and electricity.

The city ruled that unplugging from municipal services, or "living off the grid", was illegal, despite the fact that the "violations" had occurred on private property.

Robin Speronis, the inspiring woman at the heart of this story, lives a seriously low-carbon lifestyle that would make even a seasoned enviro-warrior green (with envy, that is). 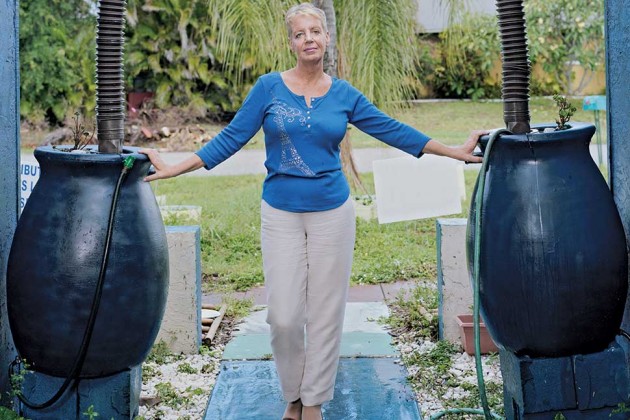 The 54-year-old moved into her home in 2013 and set about transforming it into a low-carbon paradise. She uses two massive containers to store up to 100L of rainwater, which after being filtered can be used for cleaning, drinking and flushing toilets. She's never even turned on the city-supplied water source.

For power and lights Speronis uses a small solar charger and propane lamps. Her seriously simplified life means that her only energy demands are her laptop and a few lights.

Her blog Off The Grid Story records her battle to live independently (as well as the numerous legal battles that she's been involved with over the years). She's also a strong believer in the benefits of raw foods and homeopathic treatments, influenced by caring for her late husband Zenny, who suffered from a neurodegenerative disorder.

After facing financial issues in 2012, Speronis began to look at her material possessions and evaluate what she really needed. By asking herself the question, "is this of value to me?", Speronis pruned the excess from her life, selling everything from her car to her kitchen appliances.

Self-sustainability was not a simple lifestyle to adapt to. Having never even gone camping prior to making the change, Speronis had to learn to live without the everyday luxuries and conveniences that so many of us take for granted. Little by little, she learned to get by: "Every time I did something it was easier than I thought it was going to be. I thought, 'I can do this. I can do this myself. "

How easy is going off the grid?

Although Speronis' story brings smiles to the faces of those who have dreamed about living an almost carbon-neutral existence, there are several issues surrounding health and safety that are still being decided upon by the Cape Coral City Council. Officials are concerned about the sanitation of using rainwater to manually flush toilets, as well as hazards posed by propane lamps and cooking stoves.

Nick Rosen, author of OFF THE GRID - Inside the Movement for More Space, Less Government and True Independence in Modern America travelled around the United States documenting the lives of those who have chosen to disconnect themselves from government-supplied power. His book and film provide a fascinating insight into the triumphs and perils of the lifestyle. 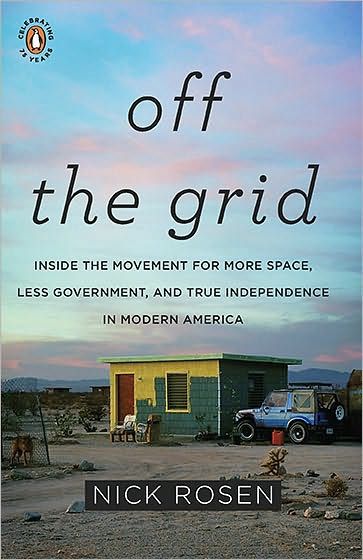 Theodore Ross (Bloomberg Business) has some sage advice for those aspiring to emulate Speronis' lifestyle: "Not everyone who wants to go off the grid can. Assembling the right equipment and supplies can cost tens of thousands of dollars, but money isn't the only limiting factor. Sometimes the grid just won't let you go. Lawsuits with homeowner associations are commonplace, as are disputes with local government." 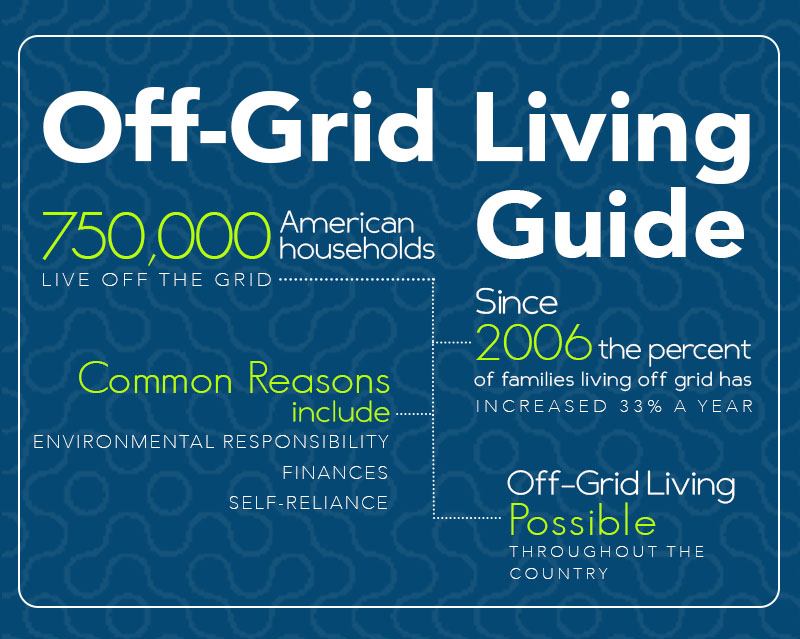 Have you ever considered living "off the grid"? Is it just a movement for "hippies", or are aspects of this lifestyle applicable to all of us? Share your thoughts and ideas with us in the comments below.

In the meantime, you might like to check out some of our other blogs on topics such as naturally insulating your home this winter and buying and using smart energy. You might not be ready to go "off the grid", but you can make a huge difference through your everyday actions and live a cleaner, low-carbon life.

Reuse everything you can & save money by avoiding over-consumption

975 Tonnes of CO2
savings pledged
Pledge to do this