How much do you know about plastic bags?

You've probably got them stuffed into a draw in your kitchen, see them floating down the street on a windy day... but have you ever considered just how many of them we use every single day, and the impact that they're having on the planet?

Fact #1: Plastic bags are made from petroleum

It's something all of us know subconsciously, but you might be shocked to know just how MUCH we use to make plastic bags: an estimated 12 million barrels of oil used each year in the United States alone!

There's also a difference in the kind of plastics used in plastic bags:

Fact #2: A trillion plastic bags are used around the world each year.

The average Australian uses 170 plastic bags every year. 150 million of these end up as litter, only 3% of them are currently being recycle and 200,000 bags are dumped in landfill every hour.

In China, 3 billion single-use plastic bags are used every day.

Worldwide, about 2 million plastic bags are used every minute.

It's a shocking insight into our throwaway society. This is the mindset we've been trapped in for a while: chuck it away and get on with our day. It's easy, we're not inconvenienced by having to go to any effort to recycle or clean up after ourselves.

RELATED: Read about the Ups and Downs of Plastic-Free Living 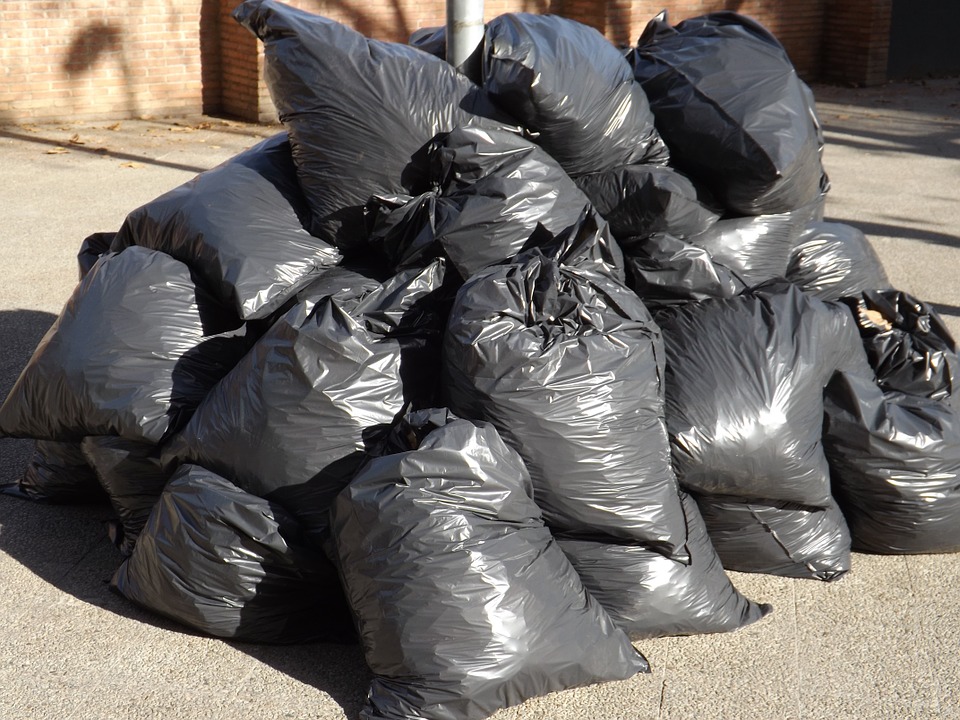 Fact #3: Over 44% of all seabirds have ingested or become entangled in plastic

In the ocean and on the land, plastic bags (and other single-use plastics such as straws and bottle caps) are often mistaken for food by turtles, fish and other marine life. Once ingested, the plastic causes the animal to suffocate or starve, as they cannot digest this material.

Research conducted in Sydney Harbour in 2014 found plastics nanoparticles in the flesh of fish that are among the species caught for human consumption, meaning that these plastics are beginning to work their way up the food chain and onto your plate.

So whatever you do, make sure that you keep plastic bags off the beach and out of the oceans. If you do have some old bags lying around, learn how to recycle them here.

Fact #4: The average time that a plastic bag is used for is… twelve minutes

Yeah. We're pretty damn lazy to go to the effort of producing a plastic bag from a fossil fuel, just to chuck in away after less than ¼ hour of usage. 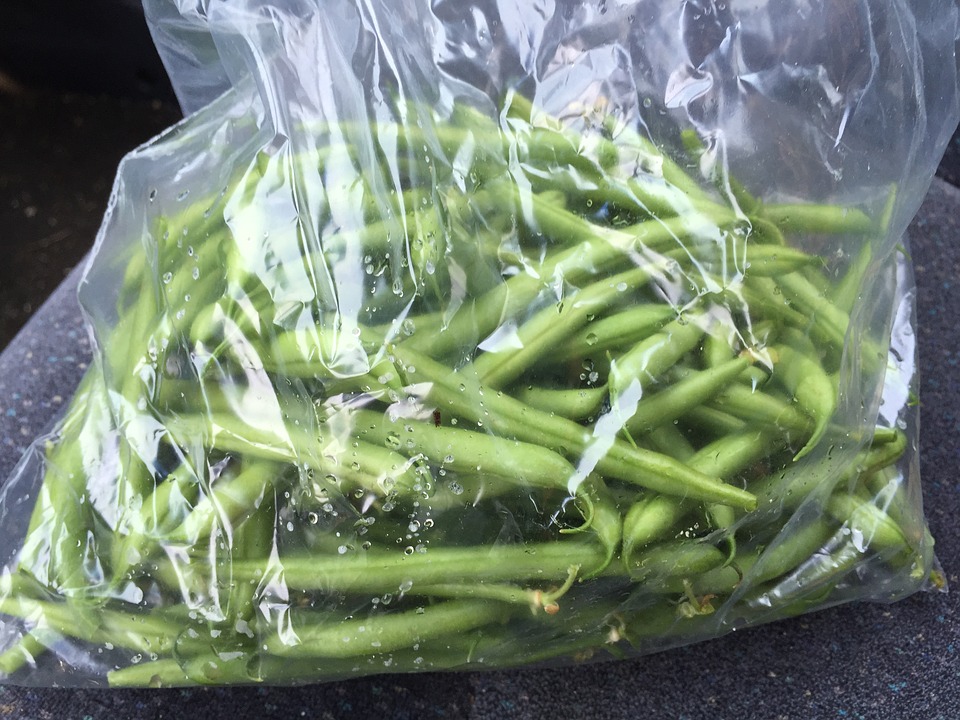 Fact #5: Most plastic bags are non-biodegradable

Don't be so quick to believe next time you're told that your plastic bag is "biodegradable". More often than not, bags are "degradable", which means that they will break down into smaller and smaller pieces until they form micro plastics… but they will never disappear from the environment altogether. Plastic bags take between 15 and 1000 years to degrade, depending on environmental conditions such as heat and moisture.

The problem here is that these micro plastics can enter the food chain, ending up inside animals and even humans. Uh oh.

Very few bags are truly "biodegradable", and can take months and months before they start to break down! Biodegradable bags are made from plant-based materials like corn and wheat starch rather than petroleum. According to Planet Ark, "Under certain conditions when oxygen is present, biological processes break these bags down into molecules such as carbon dioxide, water and methane."

Fact #6: There might be animal fat on your plastic bag

According to this writer who visited a plastic bag factory, "most plastic bags (and other plastics, for that matter) contain "slip agents" to reduce the friction in the material. And what are slip agents made from? Mainly animal fat."

"The factory owner I spoke with called it "chicken fat," but according to an article I found afterwards, "Animal Derived Agents in Disposable Systems," many of these slip agents are made from rendered beef tallow."

Officially grossed out? Us, too.

Fact #7: Cities, states and countries around the world have already banned or placed a tax on single-use plastic bags

The government estimates that the charge will help reduce litter clean-up costs by £60 million ($128 million AU) by 2025. In addition, retailers are being encouraged to donate the revenue from bag charges to charity, which would equate to around £730 million over the next decade. 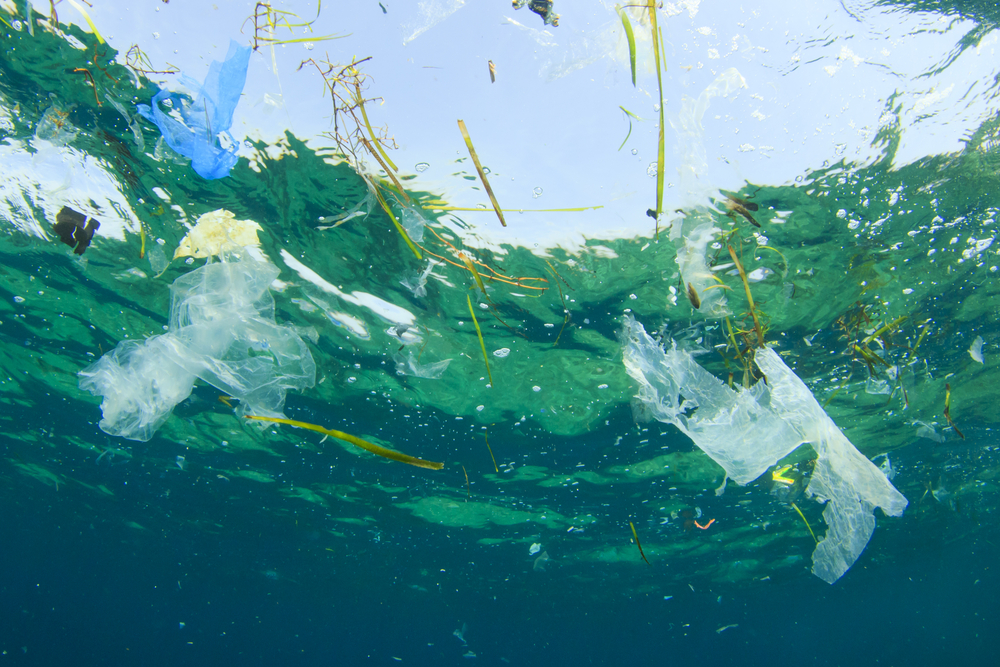 We need to see a cultural shift away from our single-use, disposable lifestyles. Each reusable bag can eliminate hundreds (if not thousands) of plastic bags, so invest in a hardy canvas bag today and start making a difference.

Here are some other things that you can do to make a difference:

READ THIS NEXT: 5 Cool Ideas for a Sustainable Future