Gender influences how people experience and respond to climate change. This is particularly evident in developing nations where women and men adapt to climatic shocks differently. Women work harder and longer, in poorer conditions, while men are more likely to migrate to find work that's often insecure and unreliable.

In an article published today in Nature Climate Change, we reviewed the literature on climate change and gender in low and middle-income countries from the last six years. And we discovered many unhelpful assumptions still plaguing climate change policy and research.

These assumptions hinder the pursuit of gender equality. They do this by misdiagnosing the causes of inequality and propping up ineffective strategies that seem like good ideas.

In many climate change policies and projects, gender equality is assumed to be a women's issue.

For example, a 2015 analysis looked at the United Nations' REDD+ schemes (Reducing Emissions from Deforestation and Forest Degradation in Developing Countries) in six countries. It found most projects defined gender equality as women's participation in pilot projects.

But in many cases, this participation amounted to women simply being passive recipients of information, rather than having an active role in decisions about the design and implementation of initiatives. 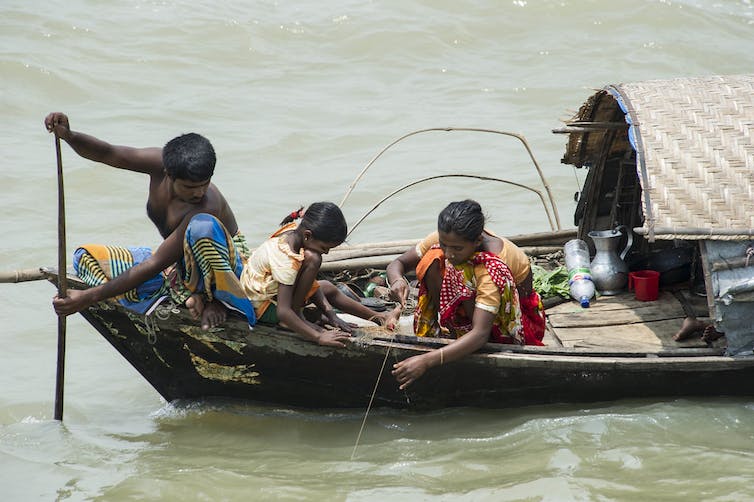 In many climate change policies and projects, gender equality is assumed to be a women's issue. Finn Thilsted/Flickr

In the 1980s, targeting women was a key strategy of development organisations to achieve economic development and poverty alleviation. But this often played out as development "being done" for women, regardless of their actual needs and aspirations.

At worst, it co-opted women into labour markets, such as the shea butter industry, where they received low wages and had their labour exploited by more powerful actors in the value chain.

Within genders, there are many differences. For example, the circumstances of older widows are likely to be vastly different to those of a young, unmarried woman. Likewise, the needs of men may vary depending on their ethnicity or economic status.

In Australia, for instance, women and men on low incomes (often single parents) are likely to be most vulnerable to rising energy prices.

But we found climate change projects and policies often gloss over these differences, missing opportunities to increase resilience.

This was shown in a 2019 analysis of 155 policy documents on agri-food policies to build climate change resilience in Tanzania and Uganda. It found many characterised women as marginalised and vulnerable, while men were largely ignored.

In Mali, older and younger women and men had different farming strategies and goals, and so very different needs for climate information. The information provided by Mali's Agrometeorological Advisory Program was only really useful for around 15% of men. 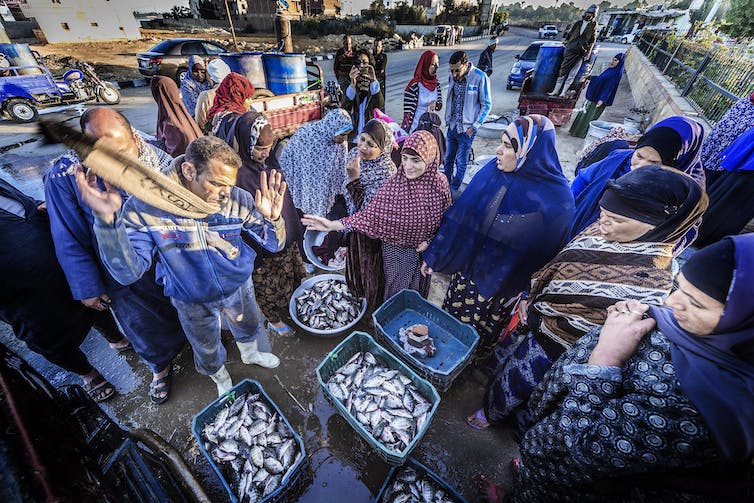 Assumption 3: Women are innately caring and connected to the environment

As with economic development in the 1970s, climate change work continues to position women as innately caring and more "in touch" with their environment through domestic work, such as water collection and firewood gathering.

This assumption is also present in Australia — eco-friendly products are more often marketed at women and women are believed to be at the forefront of climate change action.

Buying into this assumption means women get saddled with responsibility to act as saviours of their environments, families and communities. In the process, women's labour gets doubled or tripled in the name of climate adaptation or mitigation.

For example, in Burkina Faso in West Africa, a REDD+ program connected women with global markets for non-timber forestry products to enhance gender equality. But women's desire to be involved in the programme was taken as a given, and women had little voice in negotiating the terms of their labour.

If women take part in a forum or activity in numbers equal to or greater than men, climate projects and policies often consider this an adequate proxy for gender equality.

In India, UN REDD+ projects aimed to have an equal number of women and men in decision-making groups. But the women had little to no influence in the decision-making process, couldn't sway opinions and were dissatisfied with decisions and accountability within the group.

While reaching equal numbers of women and men in decision-making groups is indeed an important step, it is not enough.

Numbers don't automatically translate to equal benefit or empowerment. Strategies are needed to ensure women and men can engage in ways that support their rights, voice and influence. 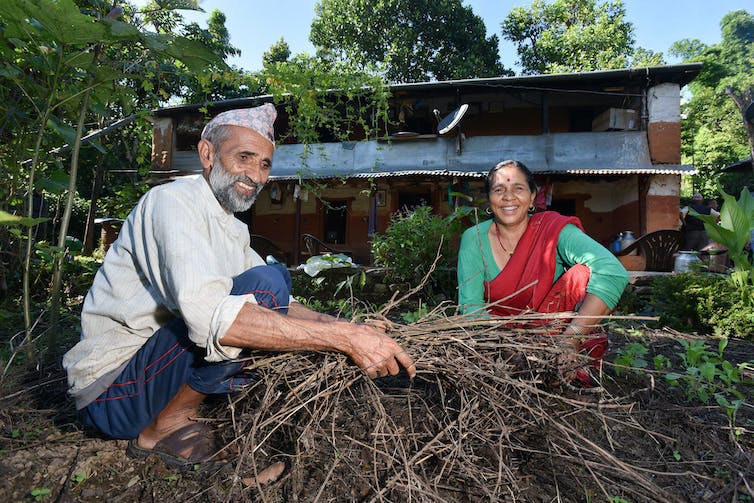 Composting at a farm near Rupa Lake, Nepal, as part of the Climate Smart Villages initiative. CIAT:CCAFS/N. Palmer

Gender assumptions in climate change work have long been critiqued in development studies, an interdisciplinary field that examines the tools, practices and outcomes of development.

So, with these assumptions laid bare, we suggest three ways forward for anyone engaging in climate mitigation and adaptation strategies and associated research.

First, be specific and precise about gender equality. What does an organisation, project or a policy seek to achieve in terms of reach, benefit or empowerment? Each has different measures and goals.

Second, conduct, critique and communicate data that separate gender and gender research. This is a critical first step for research, evaluation and communication.

Finally, understand, question and shift the more intractable barriers to gender equality. These include the gender norms that manifest in material differences in tenure and inheritance rights, livelihood opportunities, education, health care and access to material and credit resources.

To do this better, climate change programs and institutions need to direct more resources towards gender equality, longer time lines and better gender training and capacity.

As the world braces for more climate change impacts, working towards gender equality requires serious and informed commitment at all levels: from global leadership to organisations and communities at the forefront of change.